DANIEL V. MELIM
open to more than one creator
(...)Daniel Melim’s approach to drawing consists in the establishment of a fluid field, a continuum of practice and reflection on itself (and also the acknowledgement of the body itself), having ‘drawing’ as a discipline without a canon. Symptomatically, at the core of his work there is a belief in that drawing is the most democratic transversal field amongst all artistic practices and none- artistic exploratory activities.

These images are started on top of other images (32×24 cm) made by me for the nature of drawing series, but that where considered unsatisfactory or unfinished. In this process, at least four people sit around a table. Each person that will draw chooses randomly one image from a pile at the centre. The person works on only one image and always follows orders from the person sitting left from her. The drawer only questions in order to better understand the orders. The decision-maker explains her directions the best that she can, and the drawer puts them to practice to the best of her abilities. The drawing is finished by decision of the decision-maker. The work session is finished when there are no more images in the pile or after a pre-determined period. After the first round of images, other pairs can be created. 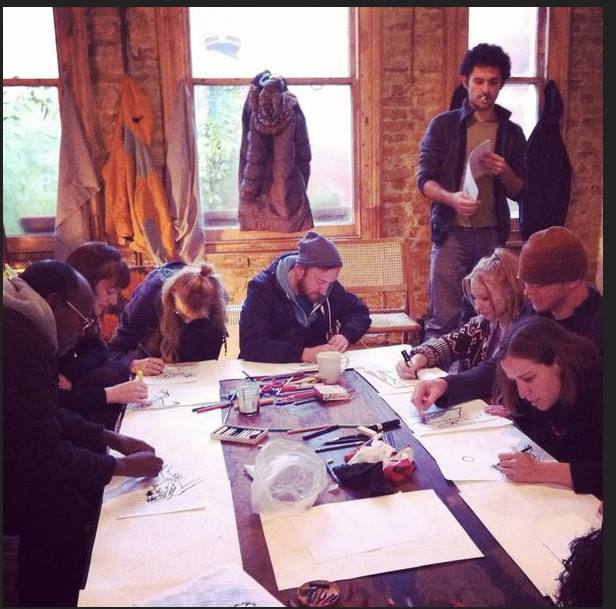 workshop at independent community centre, The Field New Cross, London, 2014
Whether the I actively take part in this table or not, participants are warned that I can afterwards change the results. I often choose not to. Several dozens of people have participated in the work, including those that took part in the workshop format. In that version, the initial sheets of paper do not come from my individual work, but instead contain some sparse brush marks specifically made for the session. Workshop format has been run with groups with a mainly aesthetic purpose and with groups who consciously deal with the social implications of the project. In the latter, it is important that the second round of images the roles are directly inverted within the same pair. That is to balance and make visible the specific power dynamics existing there-in. The session can also end with a group discussion.

The handmade images presented here are those arising from the non-workshop setting. Each image is 32 x 24 cm, made with indian ink and watercolour. 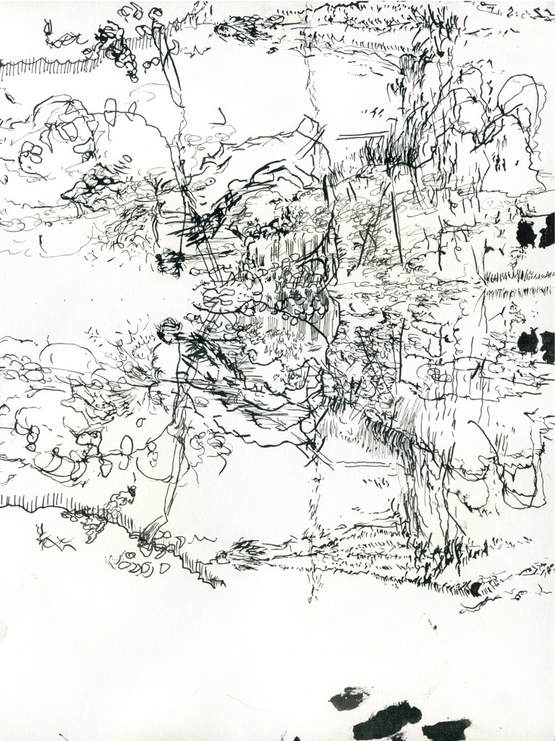 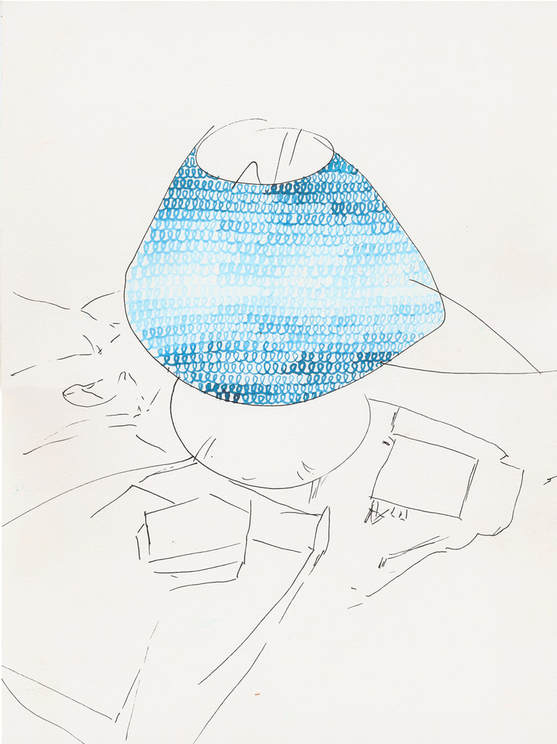 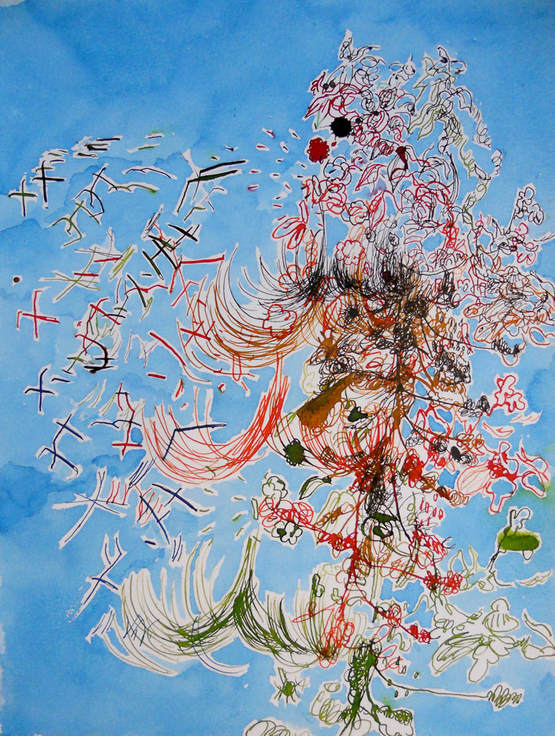 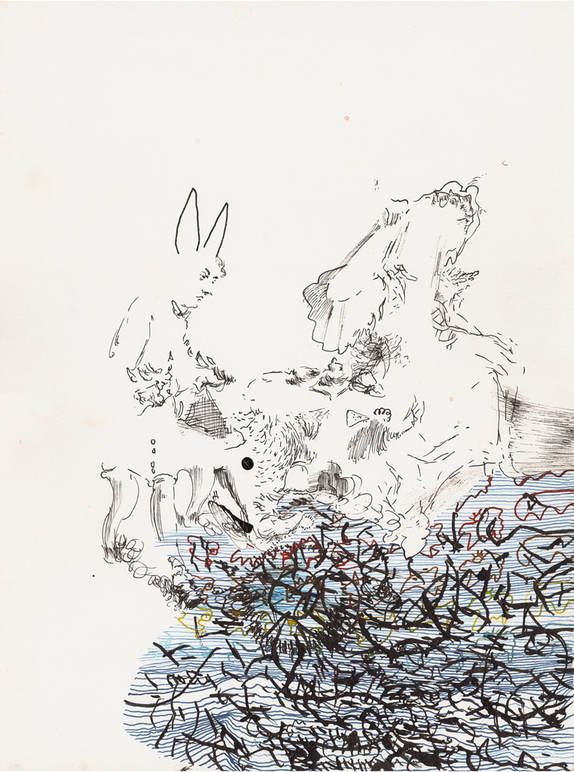 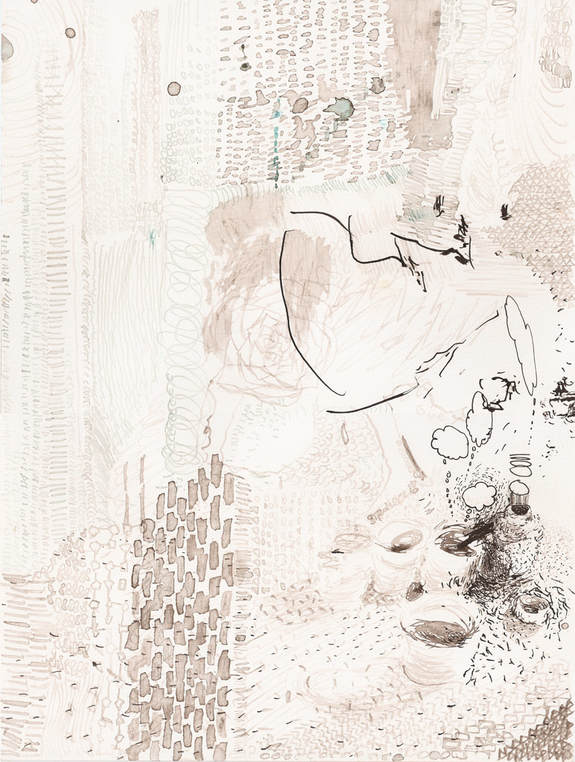 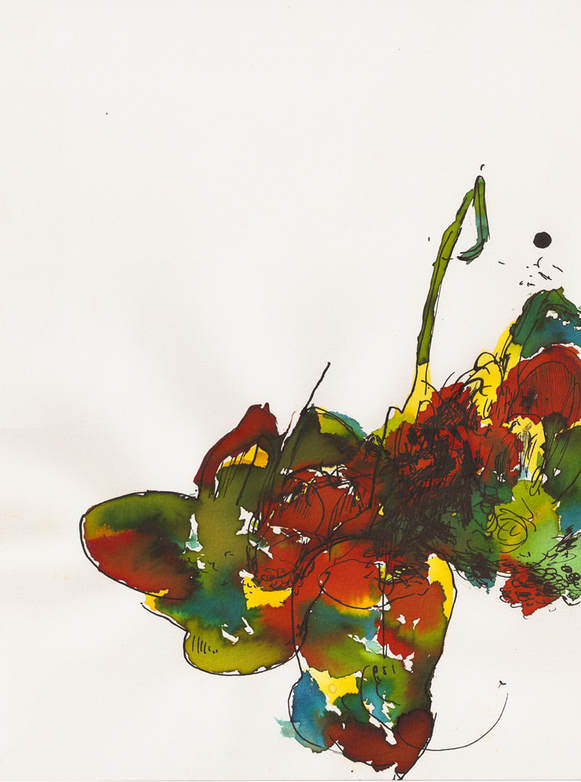 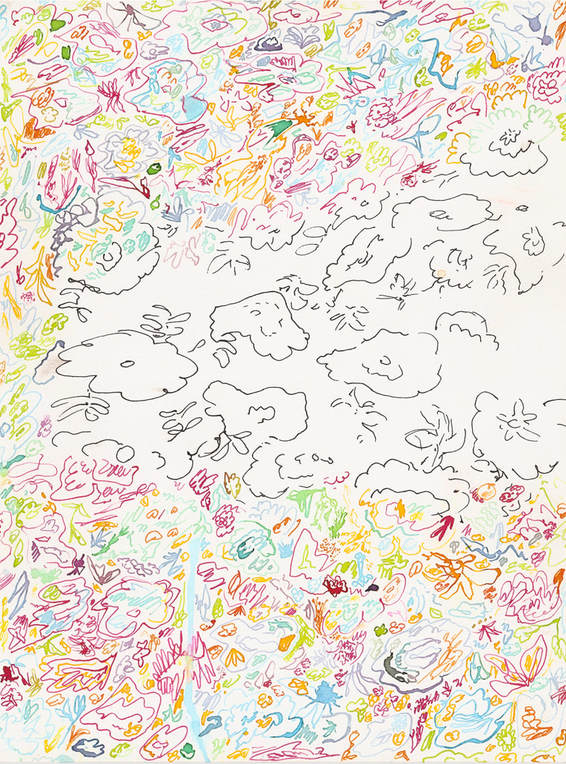 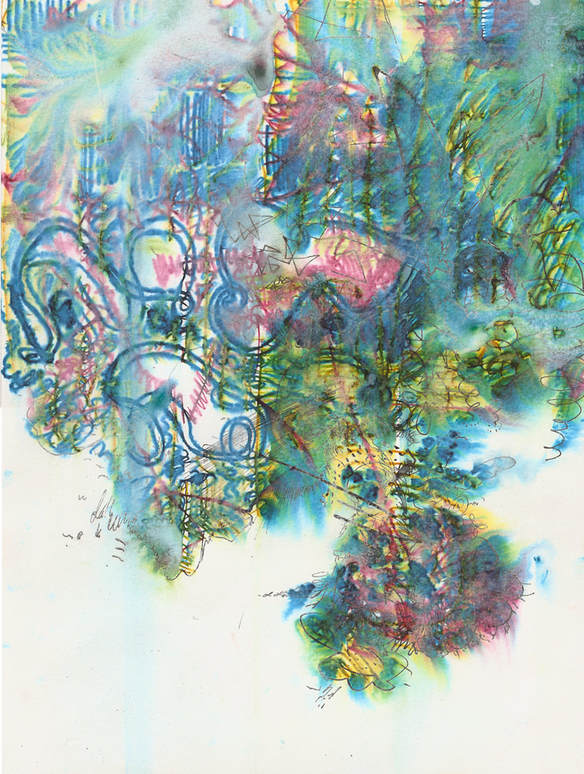 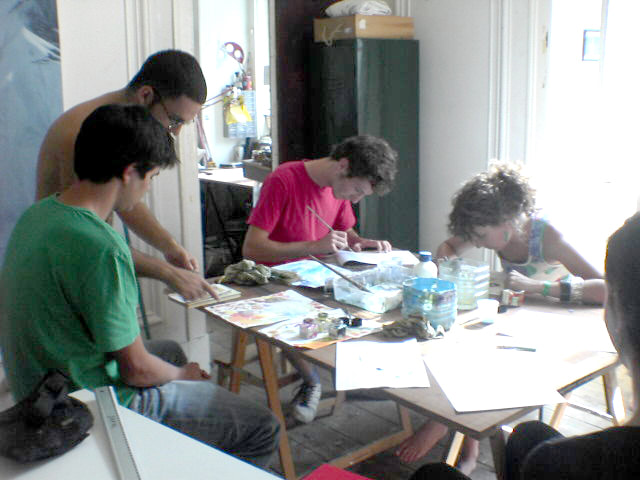