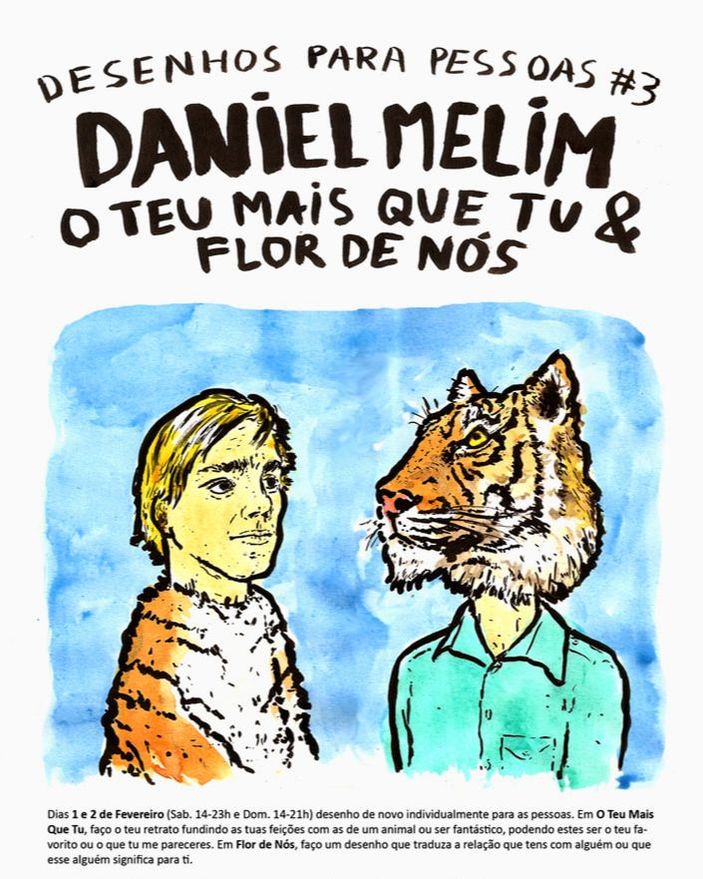 in the poster, o teu mais que tu is the main project announced for this images for people session (previously named drawings for people).  in this project, I do a portrait of the participant blended with the features of an animal or of an imaginary being. it can either be me or the person to choose who’s features her portrait will be blended with. 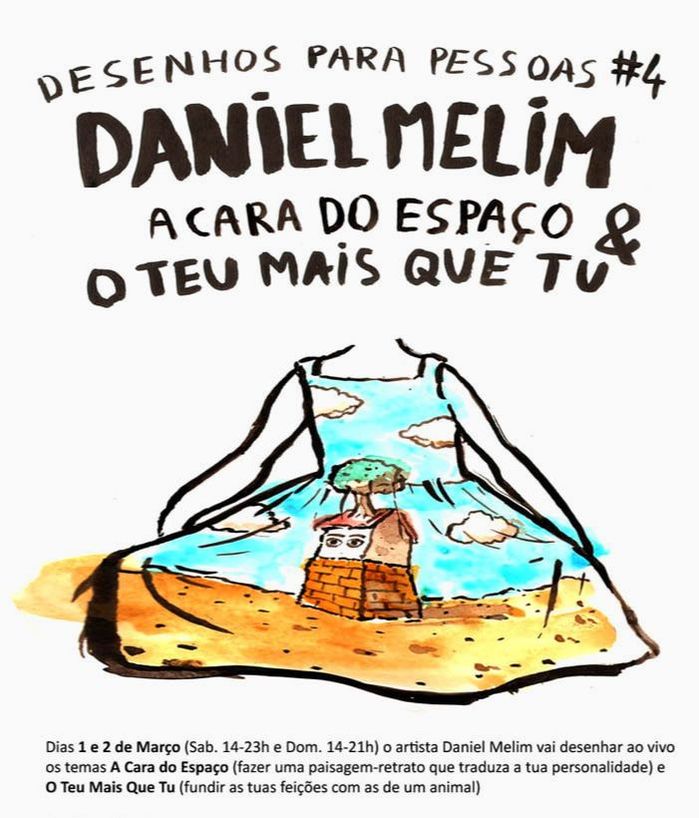 in the poster, space’s face is the main project announced for this images for people session.  in this project, I do a landscape that portrays my perception of the participant’s presence. 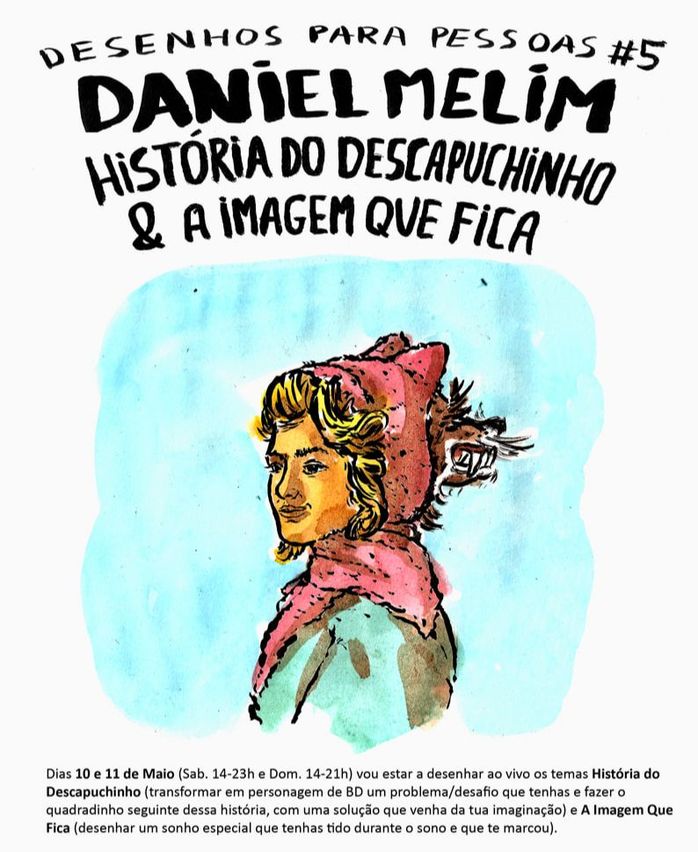 in the poster, história do descapuchinho is the main project announced for this images for people session. loosely translated, the title means little un-red-riding-hood story. in this project, I create a comics character that synthesizes a problem or challenge that the person is going through. we then conceive the next image of the story, pointing towards a possible solution for that character.
All images for people projects are committed to be the as independent as possible from economical privilege. For the projects theses posters announce, I created a sliding scale that never reached higher than 30 euros per sessions. From that scale, the participants chose what they wanted or could pay for the 45 minutes session.