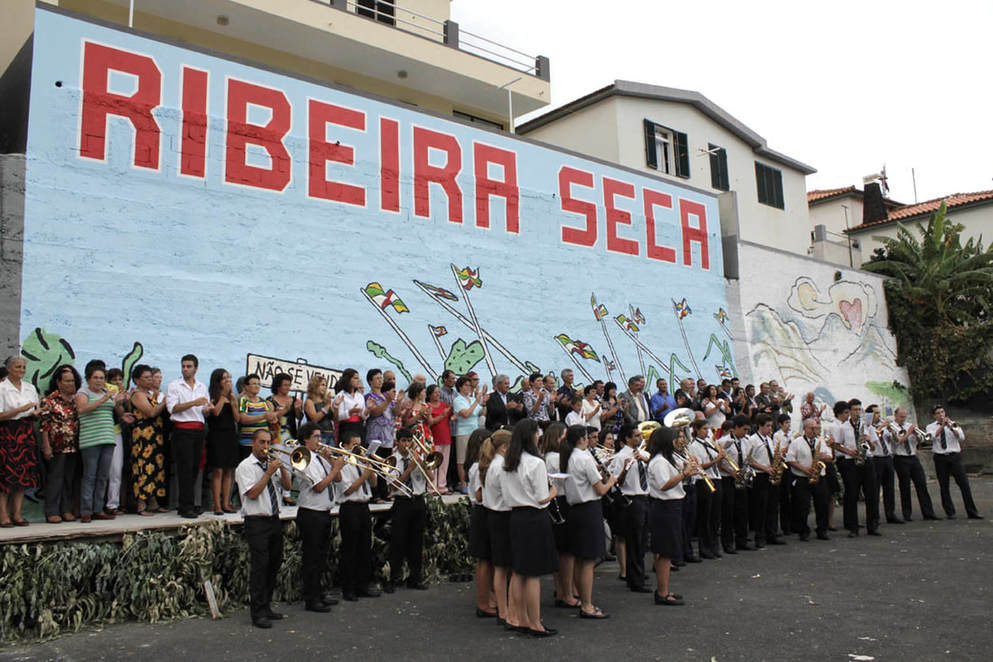 In 2012, it was the 50th aniversay of Priest José Martins Junior's Ordination. Together with Rigo 23, I made a mural for the Ribeira Seca Community in Madeira Island. We both grew up in Madeira. This community consists of around 3000 individuals and has a specially hard situation within the Madeira context. For about 40 years they have been resisting some institutional powers' attempts to undermine their independent communitarian structure. The priest has  been officially suspended A Divinis (i.e.: "according to the will of God") since 1978.  Throughout the years, actions against the community have included many action such as: shutting off electrical power; illegal police invasion of the church built by the community; prohibition of buying bells and sacramental bread; going to the church yard and then consciously turning Our Lady of Fátima's image backside to the church, when the the image came to Madeira; the conscious omission of the place’s name in road signs. In that sense, the 5,5 x 13 metres mural includes the community’s name in a size that makes it visible all across the valley. I also showed a piece of local land where besides the local celebration flags one can read a sign saying “Not For Sale”. This was done in a context (the 2011 debt crisis) where the "For Sale" sign was quite abundant throughout Portugal. 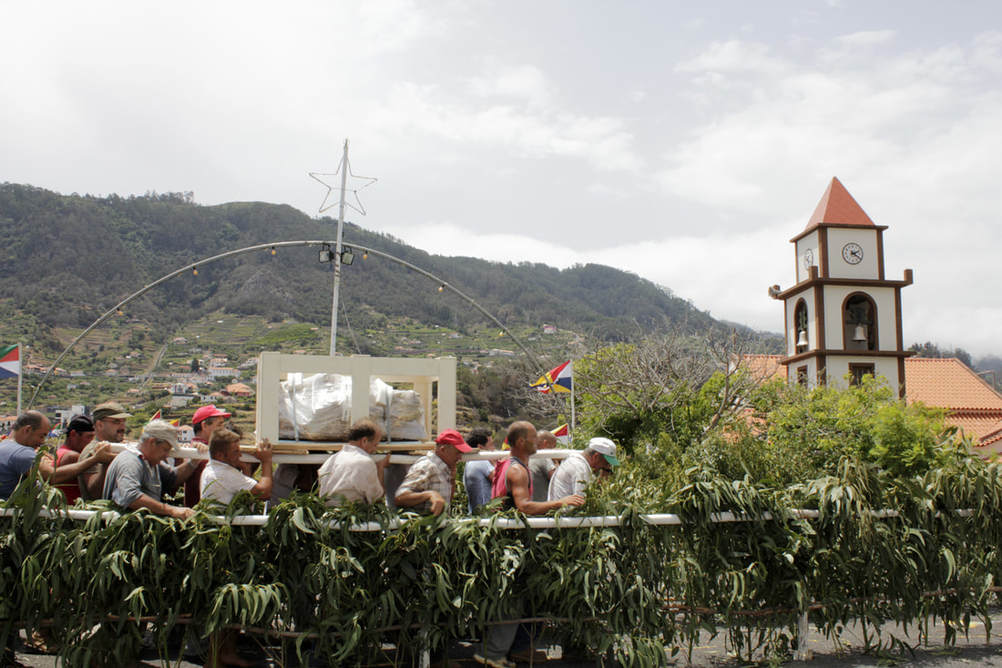 with the Machico valley and the church as background, people transport the main piece of Rigo 23's instalation The people doesn't forget this: a stone statue of a Lady that always gives it's back to the people, 360 degrees round. 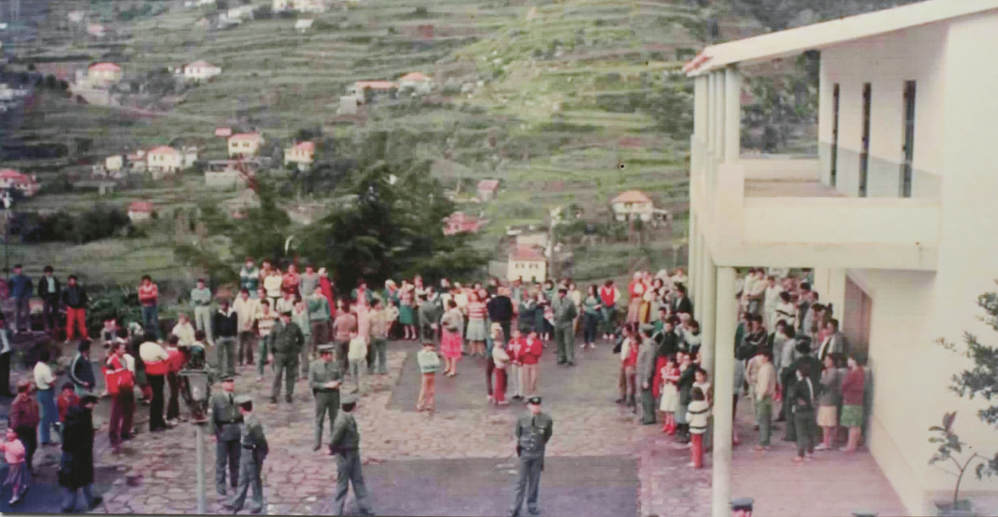 church (building on the right side) being occupied by the police for 18 days and 18 nights, in 1985 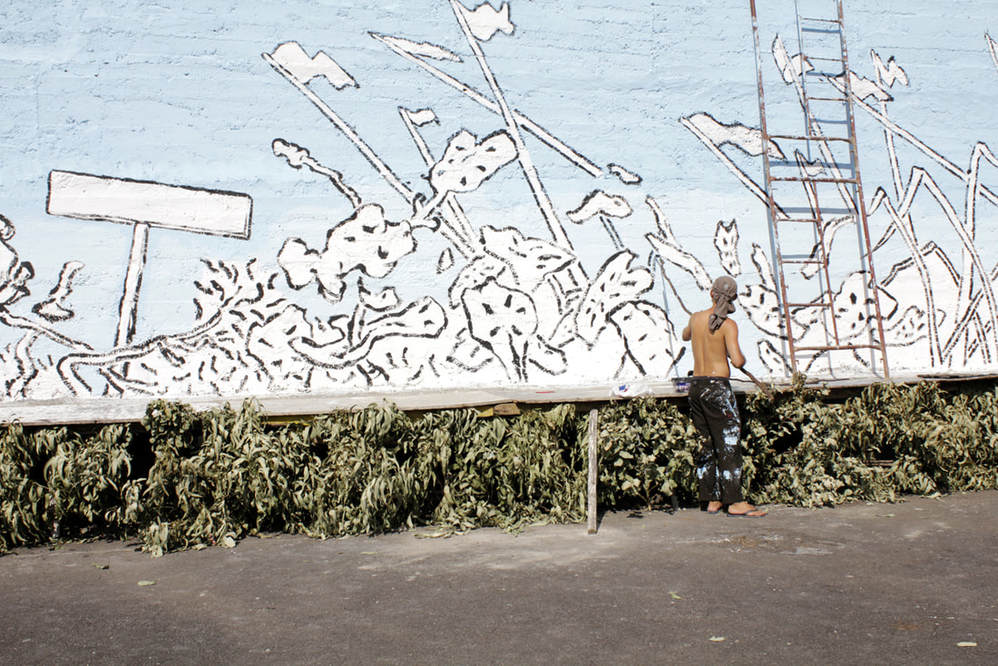 beginning of the mural 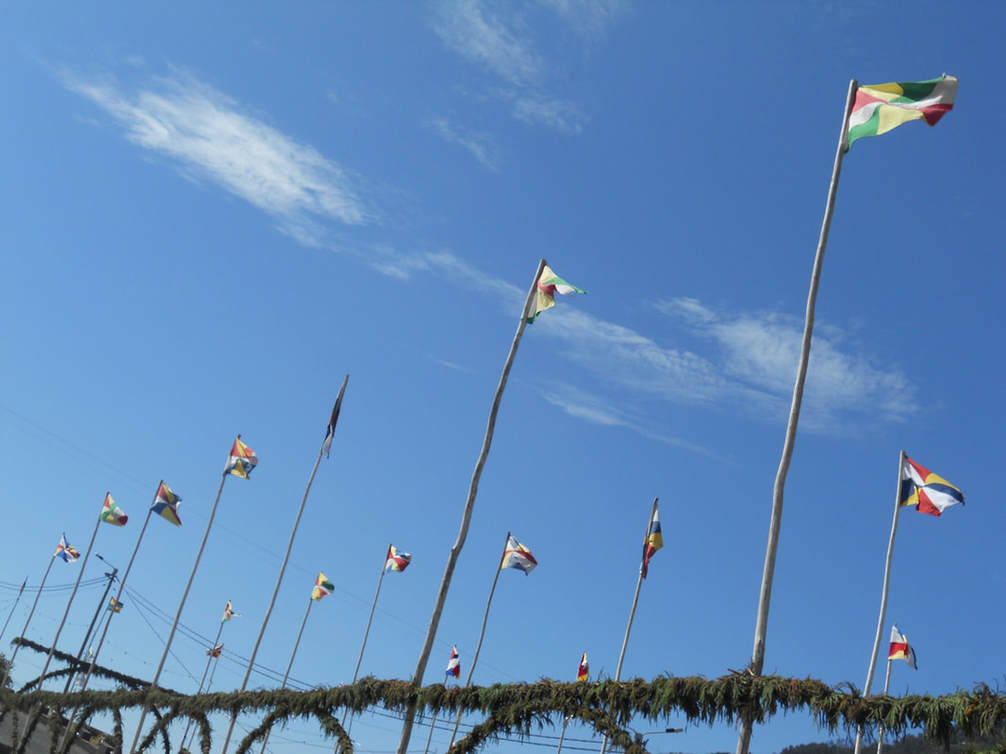 Ribeira Seca's celebration flags that lead to the church 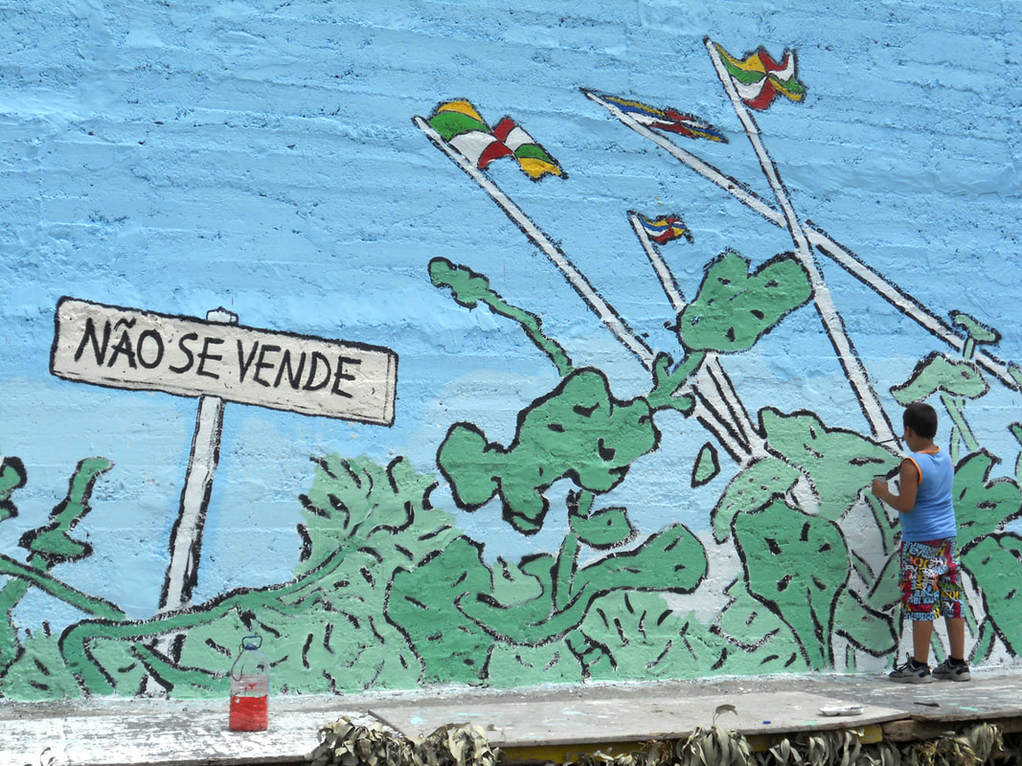 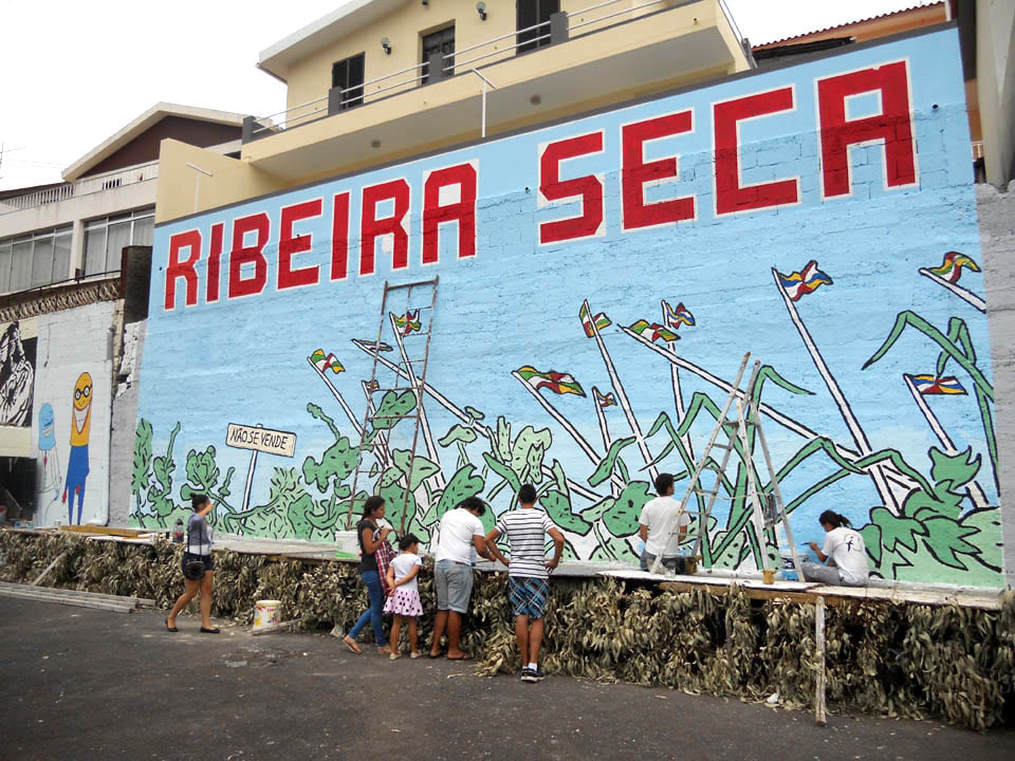 Click here to edit.
In 2012 and the following year, we also invited other creators to do murals around the church. There are now eight murals. 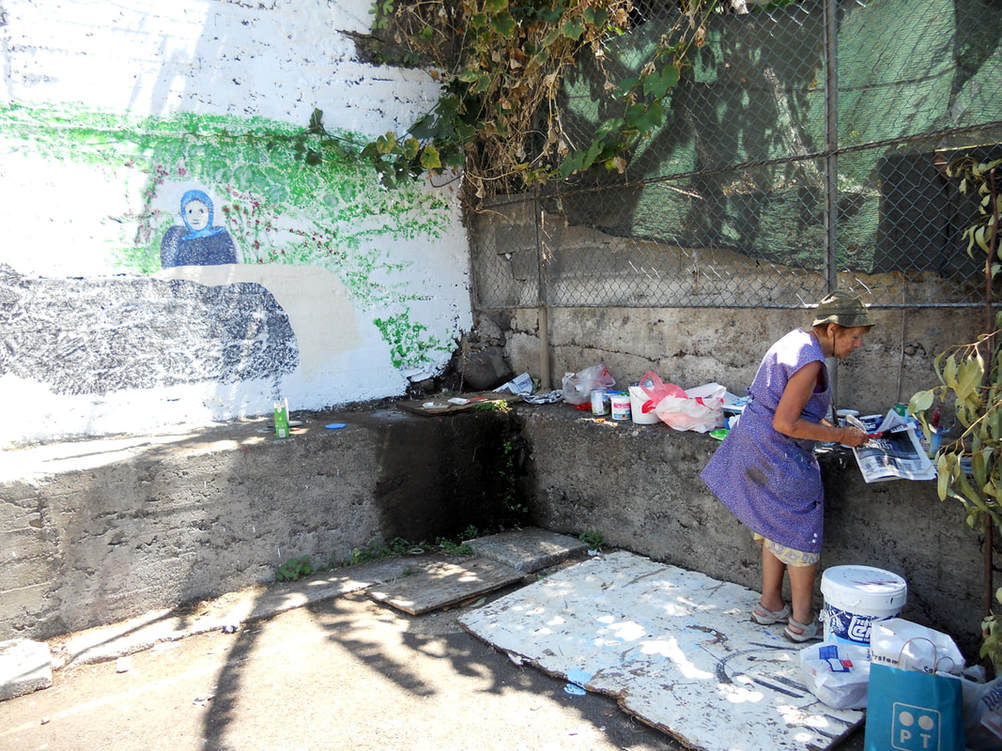 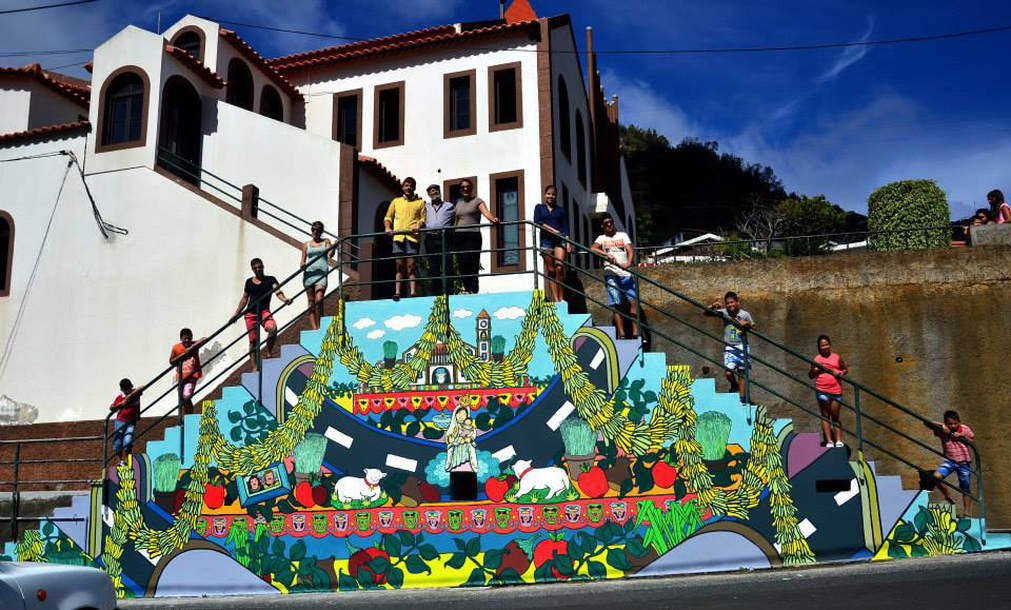 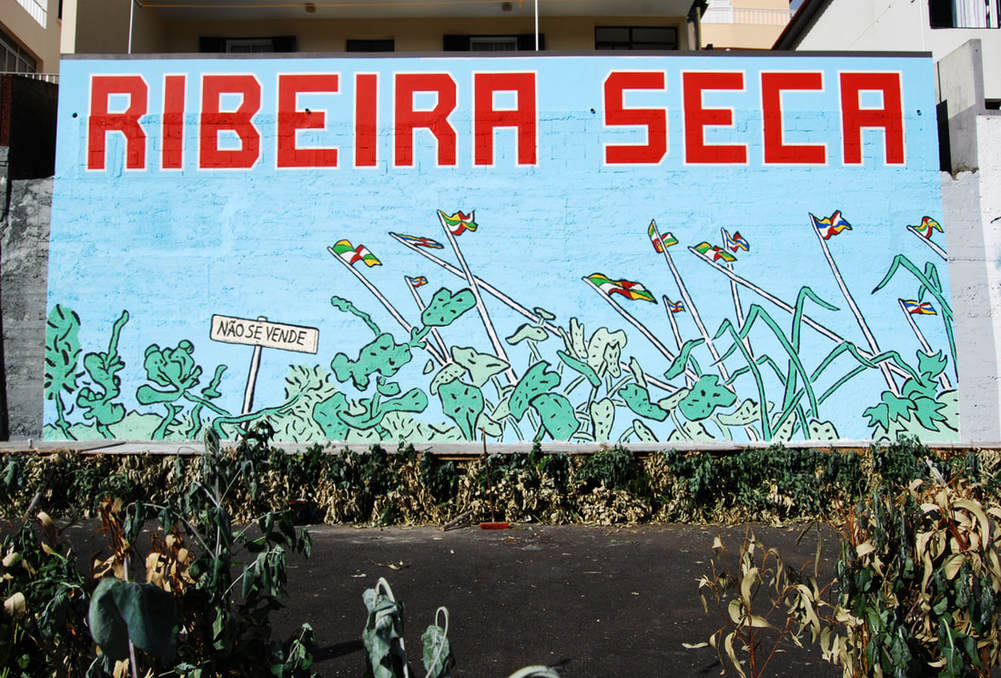 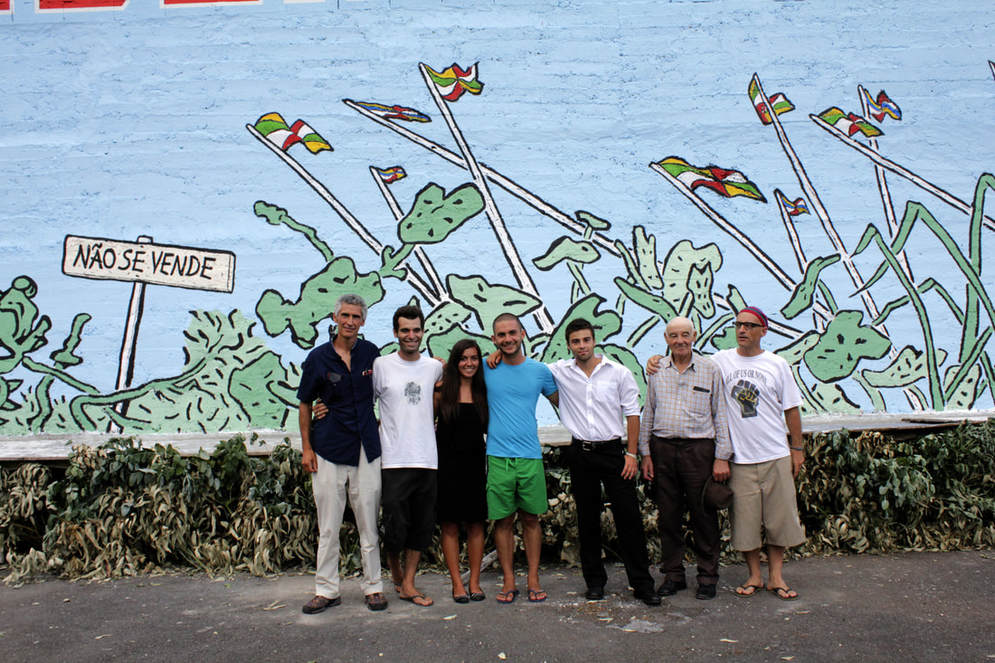 some of the mural's artists, assistants and Manuel Viveiros, one of the oldest and more active members of the community
Luis Tranquada's video about the assembling of Rigo 23's installation The people doen's forget this. The piece belongs to the Serralves Museum and was sent to Ribeira Seca for the celebrations.  It was placed next to the murals.
photos: Ana Marta and Daniel Vasconcelos Melim