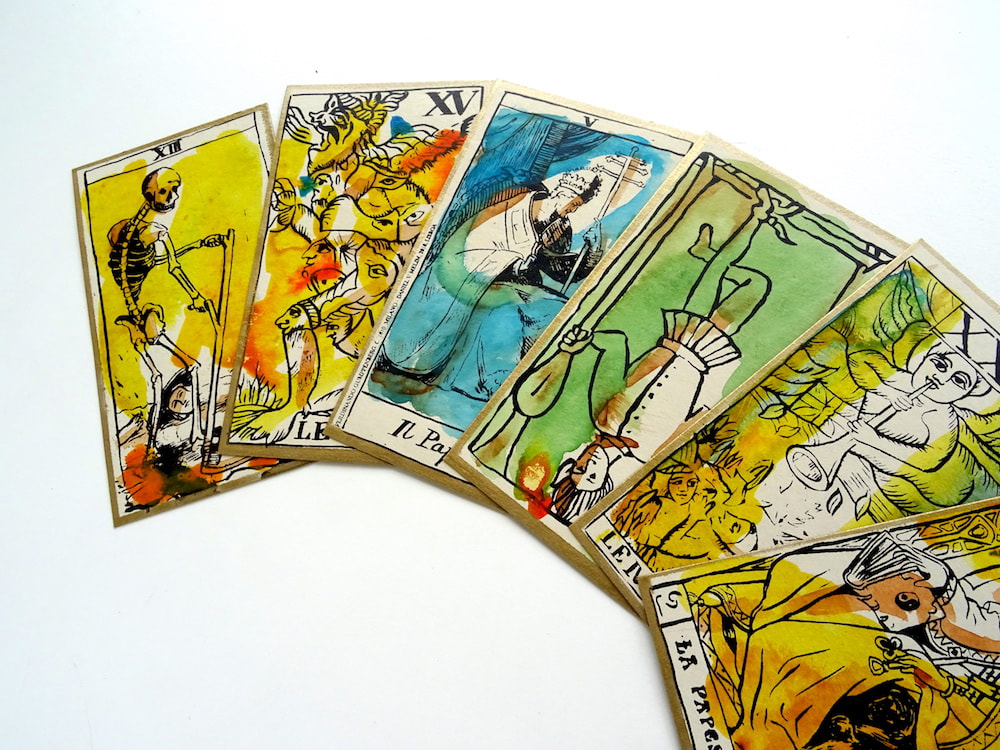 I drew these images with Indian ink on paper with no tracing or mechanical aids whatsoever. Each of the cards comes from a different old deck, so this project in a way embraces the 500+ years of Tarot History. The oldest card comes from the Visconti Sforza deck (c.1450, Milano), and the most recent comes from the Knapp deck (1929, Los Angeles). The black line was then printed (by Lucas Almeida) in hand-pulled silk-screen print. I then hand-painted the prints with watercolour. The black line in general follows quite close to the originals, but the colour washes are applied with full freedom. This is to both render a further sense of coherence to the card deck and to somehow pay homage to centuries of beautifully and unpredictably badly printed card decks. 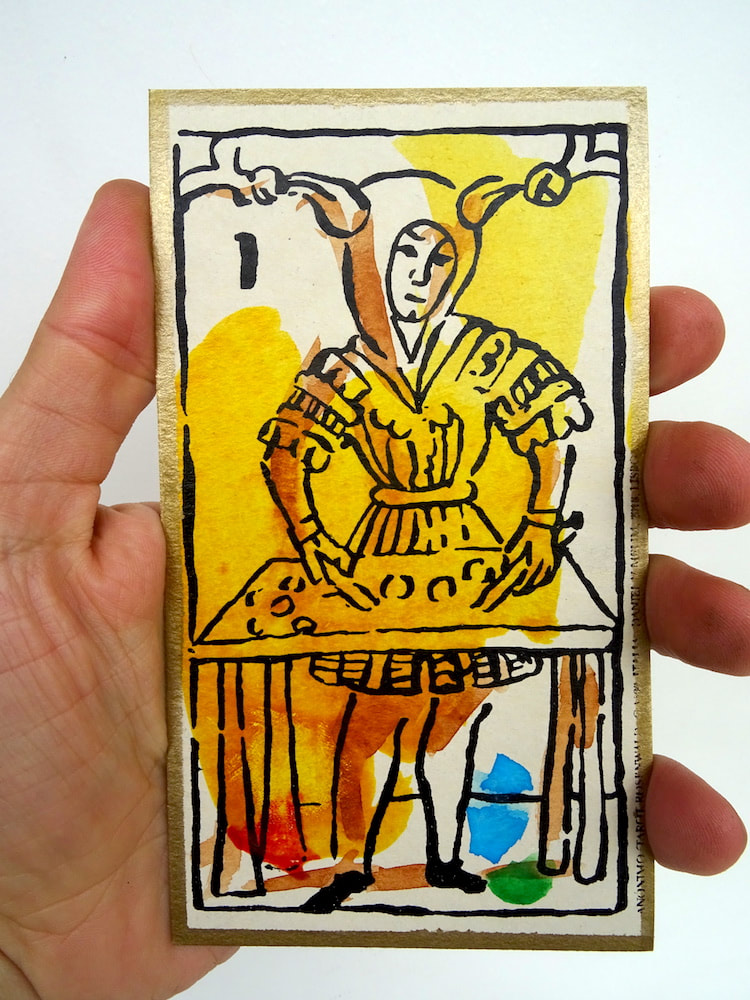 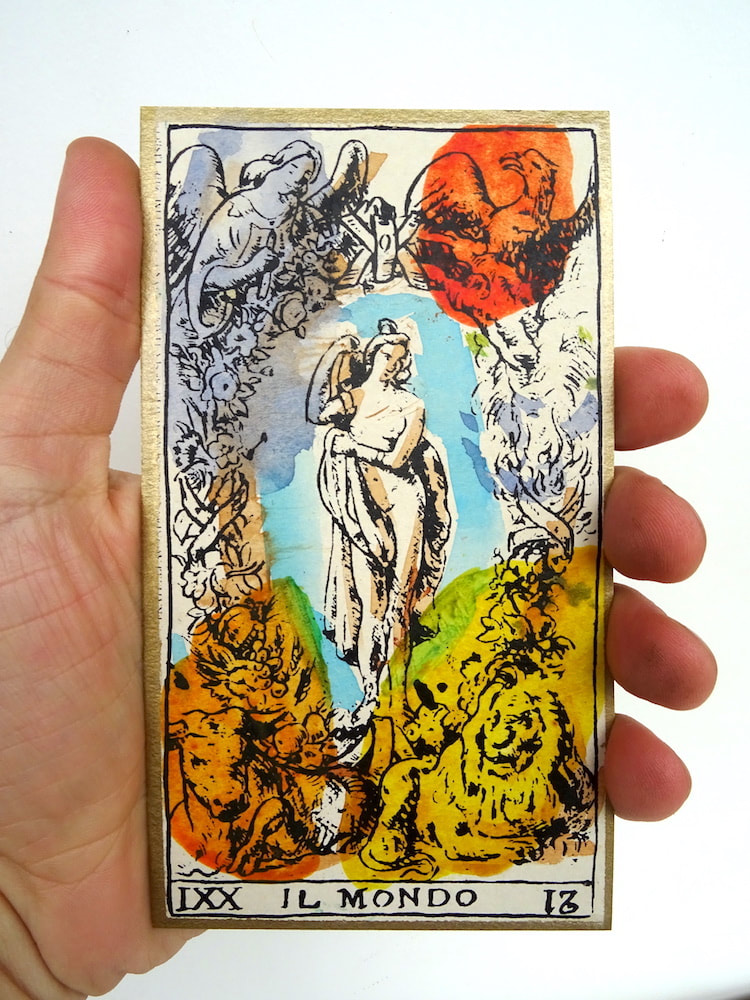 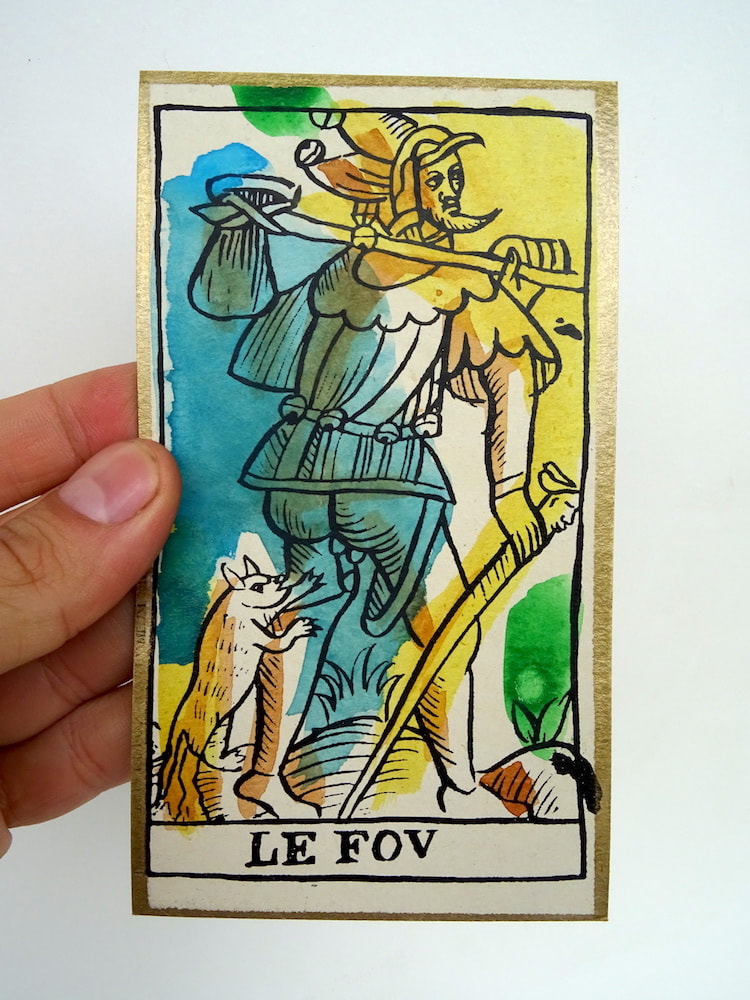 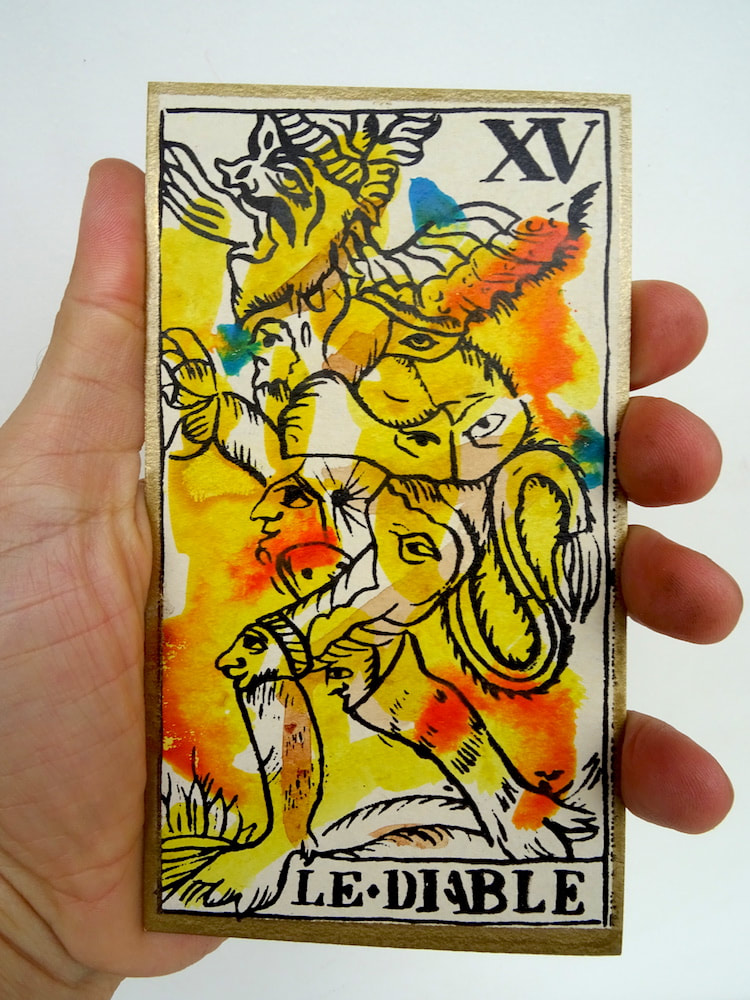 This deck is part of my wider work around handmade image systems that relate directly to personal transformation and to people's daily life. Albeit present in many cultures, Tarot is the clearest "Western" example of such systems.
In Tarot, I am interested in the mutating persistence of images throughout the centuries, as well as the affectionate and deepening uses made of the deck. What I am not interested are some self-centered and self-indulgent futurology approaches.
This deck is called Histories of Tarot not only because it is based on many months of research around Tarot History but, most importantly, because I feel that polysemic narrative richness is a key element in the oracle readings. I trust that the archetypal (C. Jung) strength of each of the Trump cards (commonly called Major Arcana) is enough to bring about coherence into this deck. It is a small effort of creating decks that encompass many different voices, times and visions. This is, then, an attempt to make a polyphonic deck. 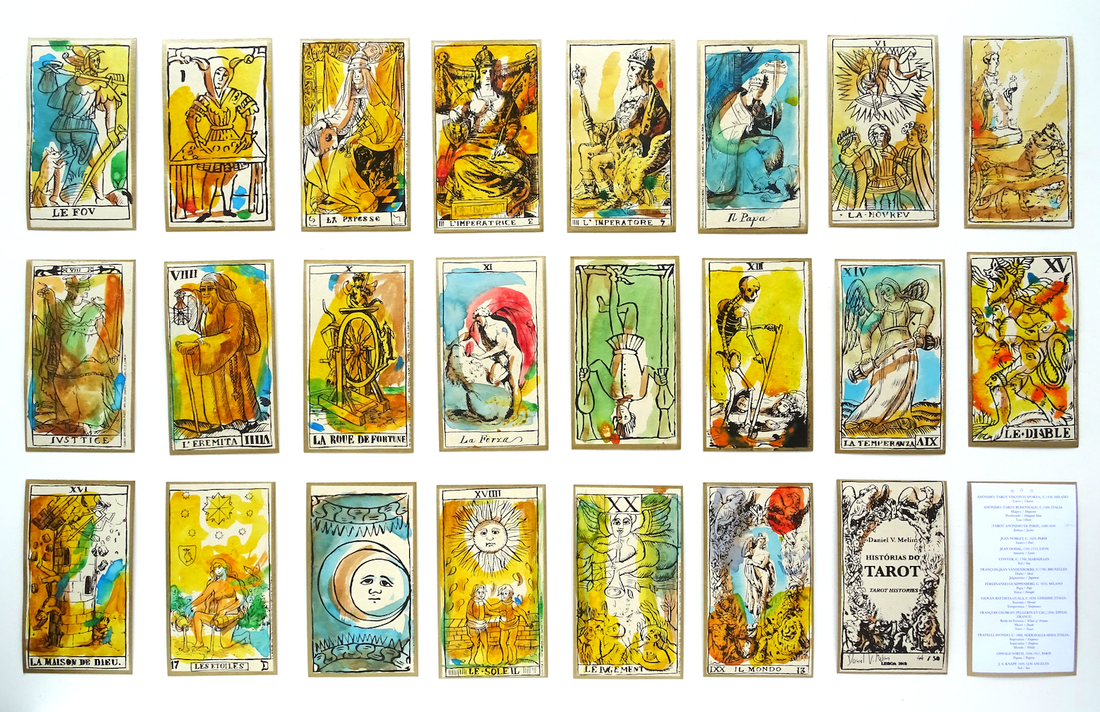 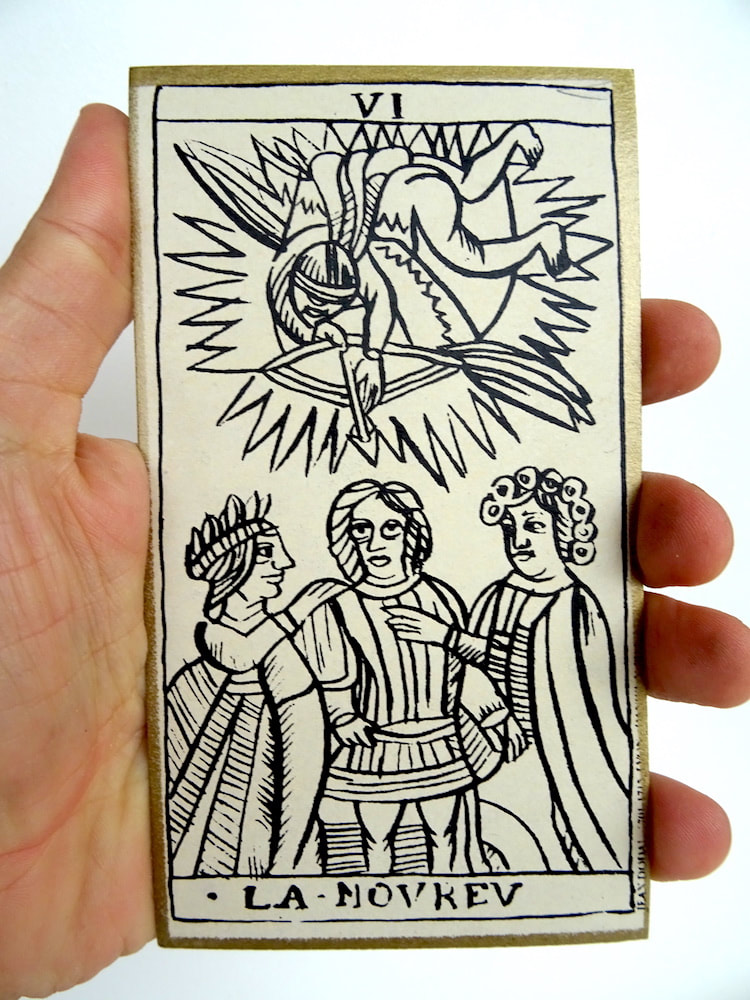 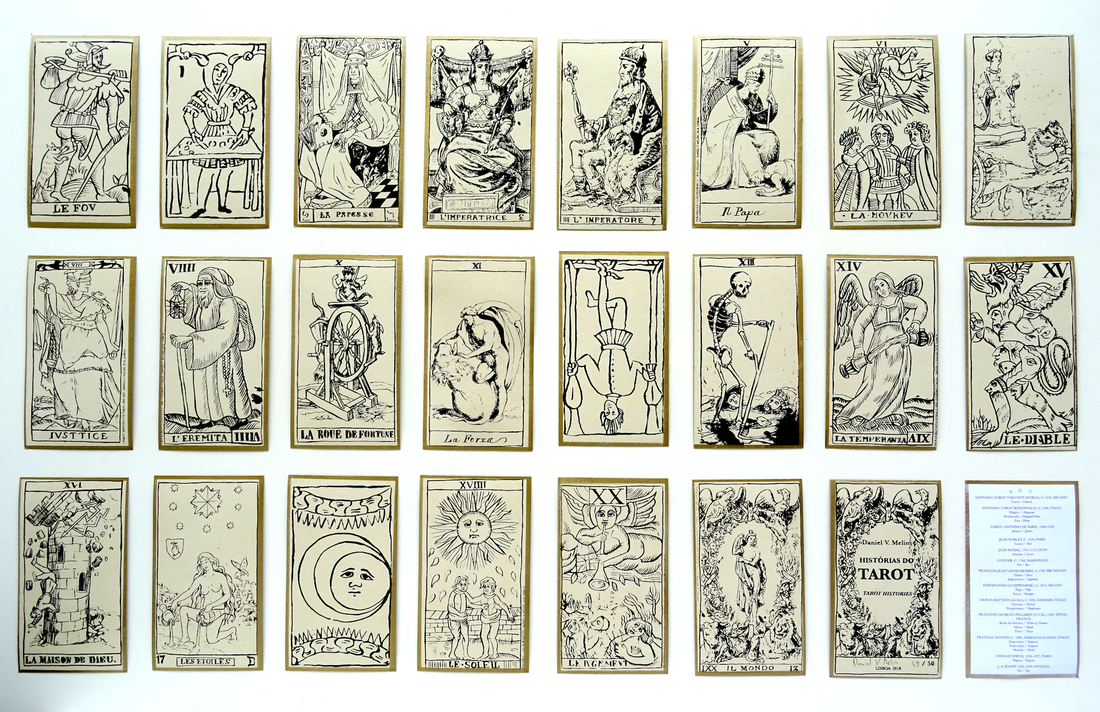 This is a collection deck, made on thick varnished paper. It can be used for readings, but naturally it has slight material spilling, asymmetrical details and an overall uncanniness that is reasonably understandable (and perhaps even desirable) in a homemade non-industrial production. Numbering and naming of each card (or it’s absence) is as according to the original card. Each deck contains one extra card that mentions the artist, date and place of production of each of the original decks. 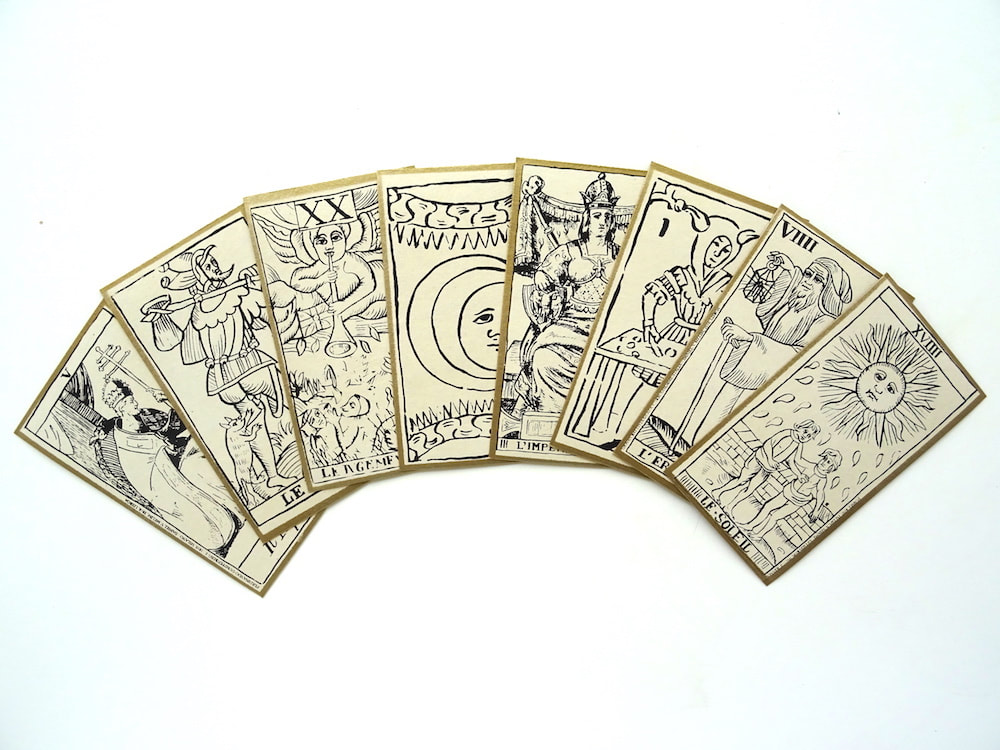 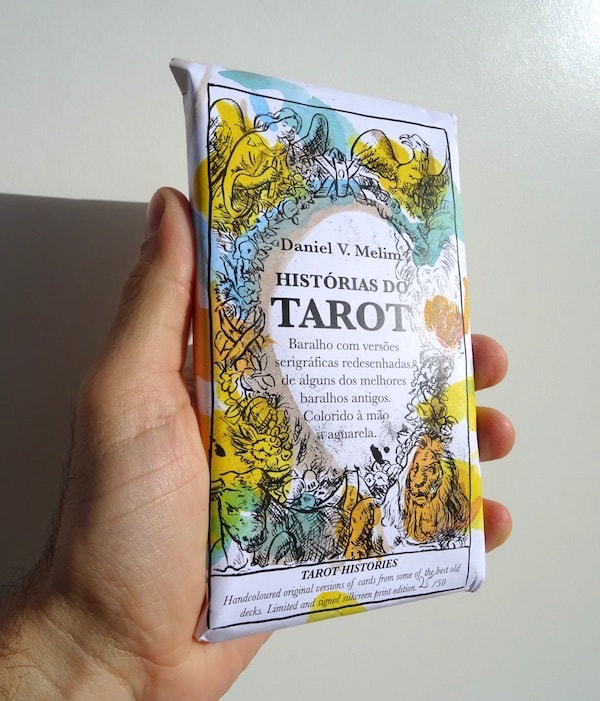