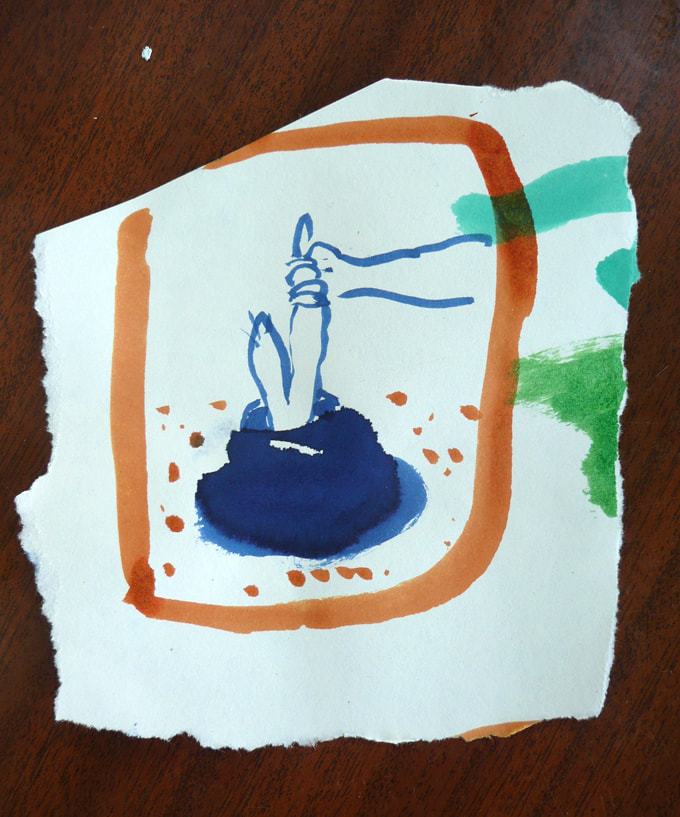 Together with systemic psychologist and researcher Rita Tojal, I started in the Lisbon area to freely make images for people that are in recovery process. We sat at a table in a public space, with a big poster behind us announcing clearly what we were doing. It is up to the person to interpret the “recovery” word, and to judge if it applies to her. One of our beliefs is that the project is also fulfilling its purpose just by letting some people know that there are those who draw freely for people in recovery processes.
The drawing is based in what the person shares with us. Both the questions we make as well as the final image have the intention to give the person another viewpoint towards the situation she is sharing. 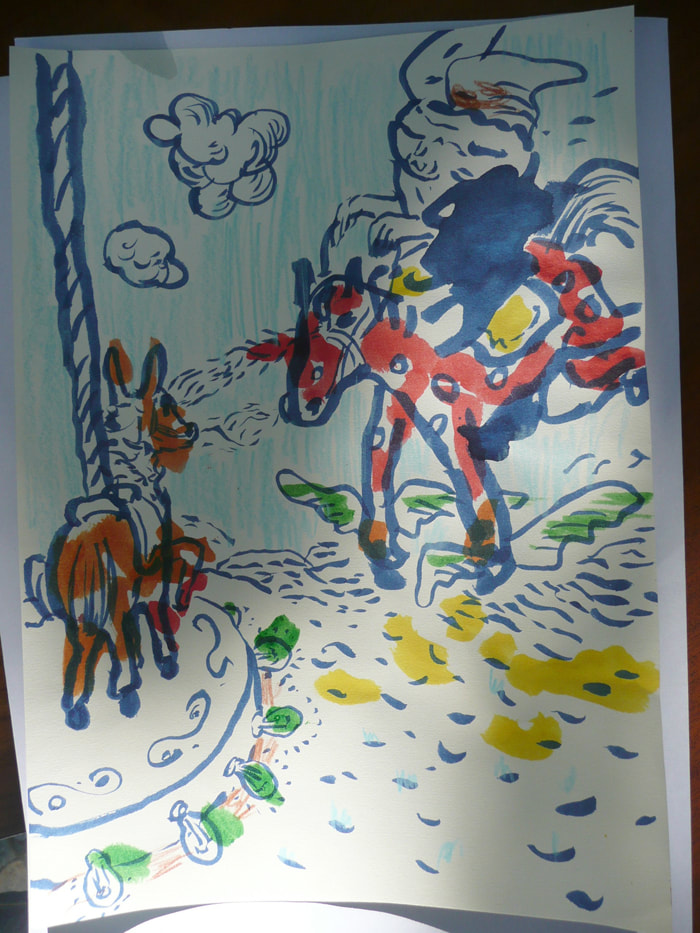 These individual sessions have lasted somewhere between 10 to 60 minutes. Notwithstanding the fact that roles can invert, Rita mostly conducts the verbal conversation and I keep drawing sketches. At a given moment, I show to the person and to Rita a sketch for a final image. This sketch is debated and eventually adjusted before making the final image. Another belief of ours is that, regardless of the visual arts output, this kind of meetings has an inherently healing dimension to them. This healing dimension is only subjectively measurable, not necessarily deep and does not necessarily occur more intensively to the participants than to us. 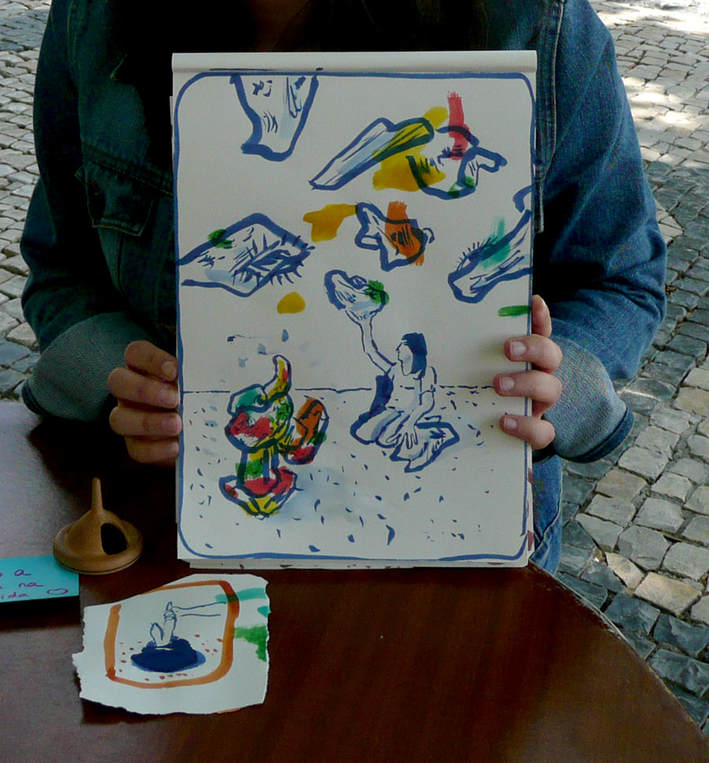 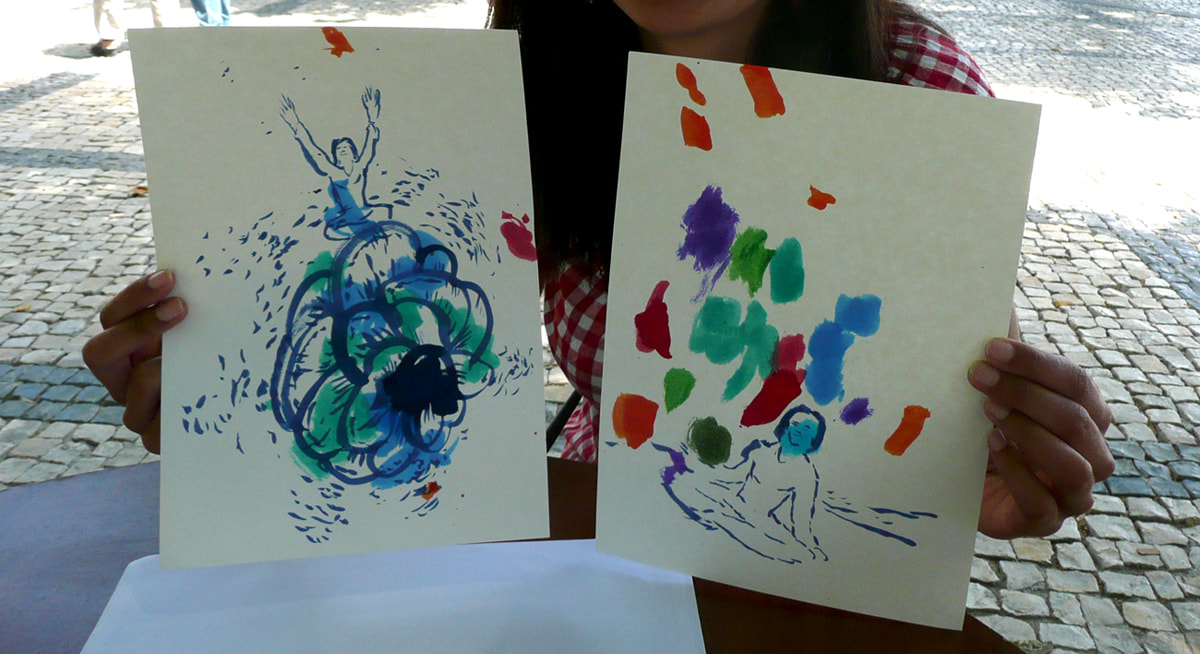 Though it is explicitly related to what the person is sharing with us, the image is not merely illustrative neither literally interpreted. The image becomes a topic and an agent of the conversation. We have the belief that an eventual deepening in the person’s recovery is mostly triggered by her internal processes, out of which only some are conscious, rational or wilful. Therefore, our reserve regarding an exhaustive explanation of the image also serves the purpose of allowing the image to keep for the future its capacity of eventually being a mirror where the person can reinvent her/his own image and her/his relationship with life. 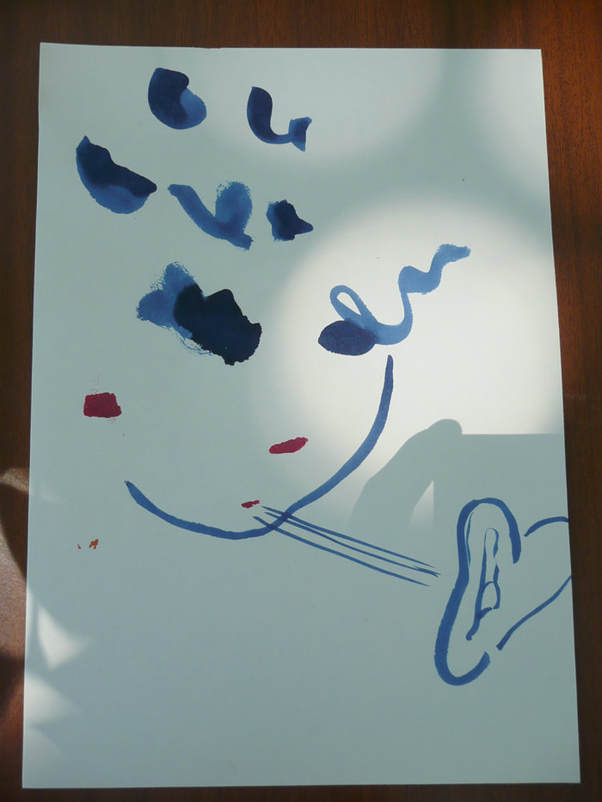 Advancing the gift giving dimension in the project, in one of our sessions we decided to make images for people who wanted to offer the drawing to someone else that is recovering from something. We did it inside the Baixa-Chiado subway station in Lisbon. As with all sessions so far, we did it in the context of public art event that paid us a symbolic fee and helped spreading the word about the event.
In our own words, here is what was asked of us during those 4 hours in the Subway (just the initial requests, without the extra information we requested in order to have more elements for the drawing):