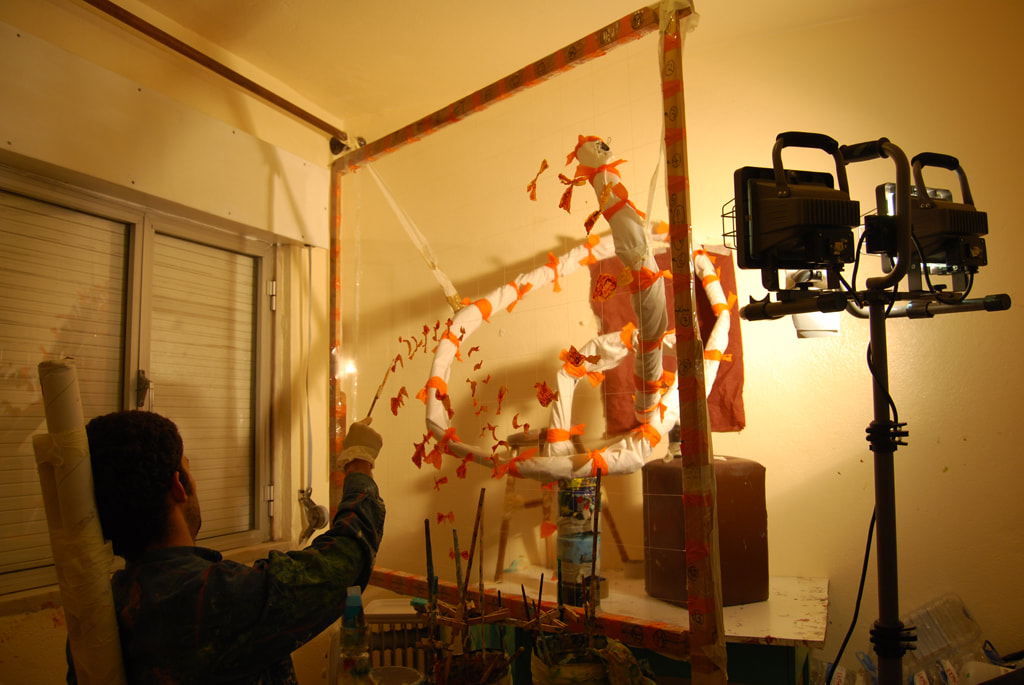 These images are made with acrylic paint on a transparent acrylic membrane. It’s a similar material to the one used in children’s beach buoys. This film is placed stretched vertically between the painting observer and the thing-model. Working from details to background, the image is made. During the process, I can only see the painting if I go to the other side of the membrane, the side that faces the thing-model. That is the side to be seen in the end by the spectators. So, for most of the process, I only see the image’s back. 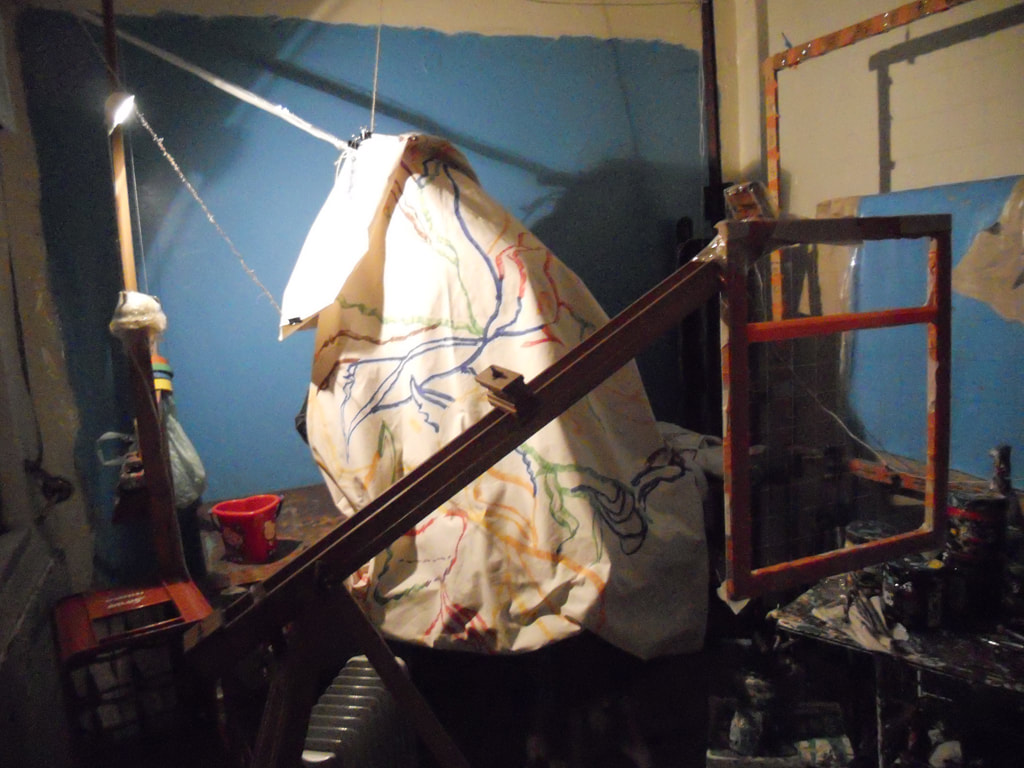 On the one hand, the procedure makes it necessary to choose and strictly maintain several of the painting’s factors, like the viewing point (so that this process of “inverted painting” doesn’t become inconsequent blindness). On the other hand, it sets me free from my own constant aesthetic judgments. For most of the time, the observer most only “copy” to the film what he sees through the very film. Working with just one eye opened, this is a version of the Renaissance’s Perspectograph.
Models are built from several materials. Sometimes they also include plants or people. 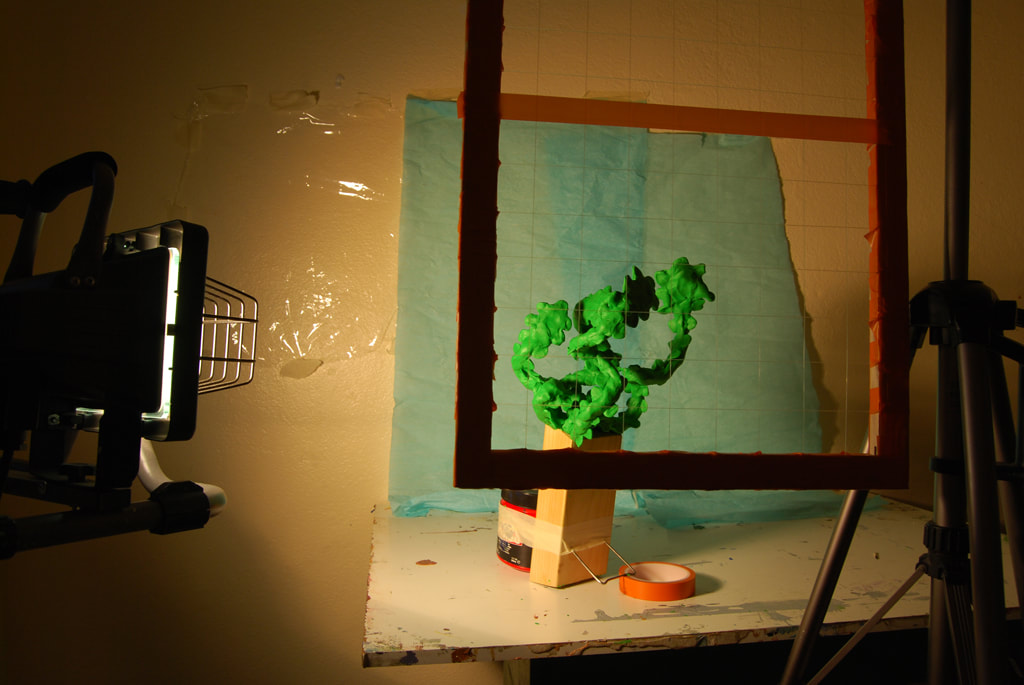 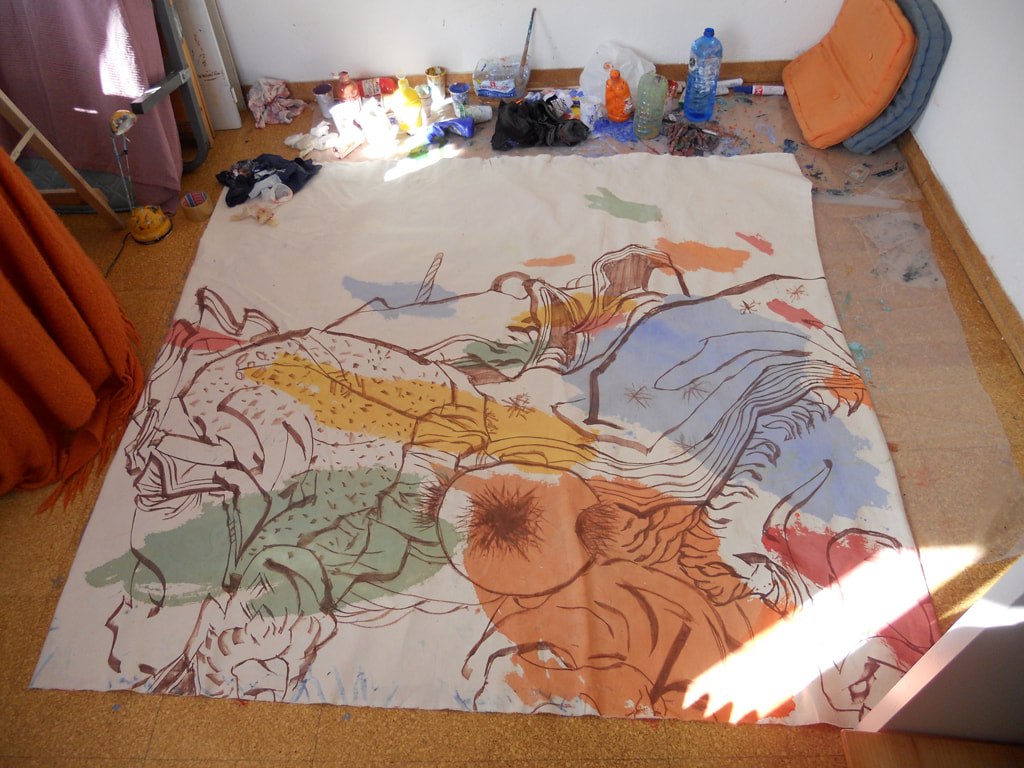 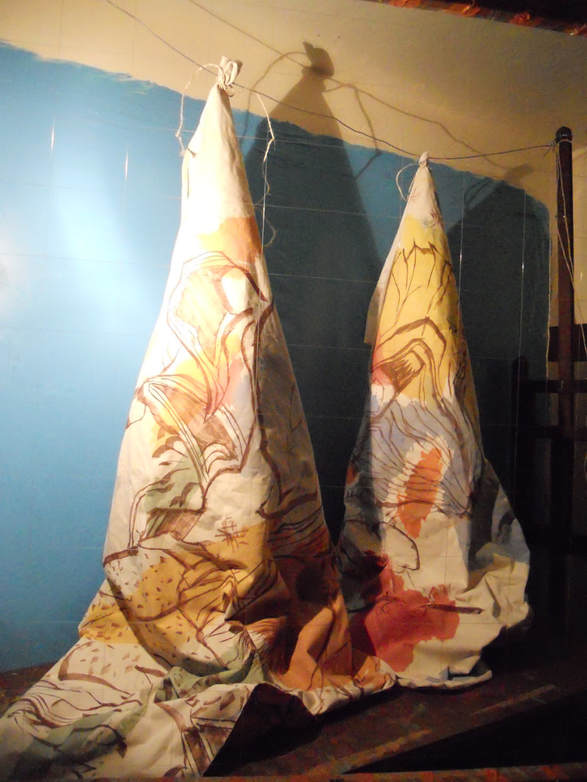 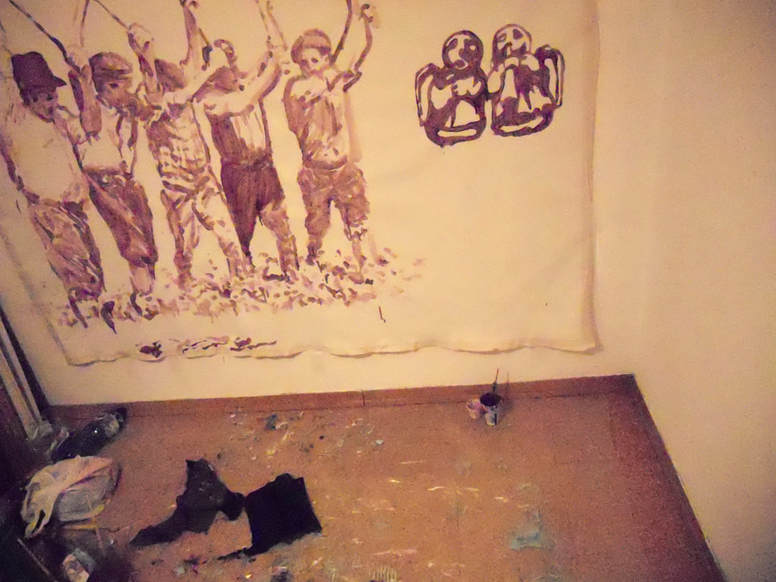 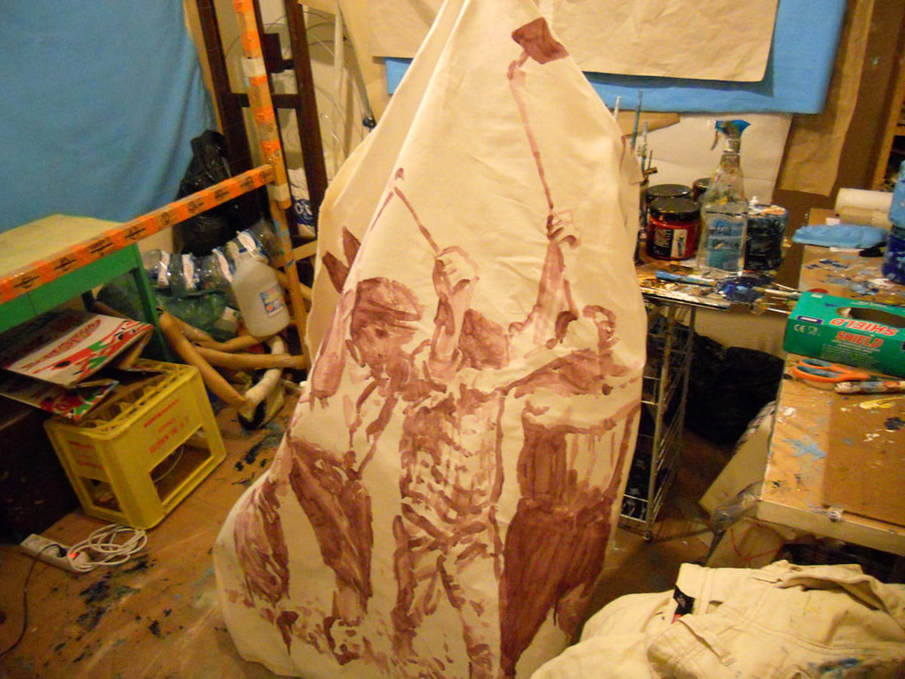 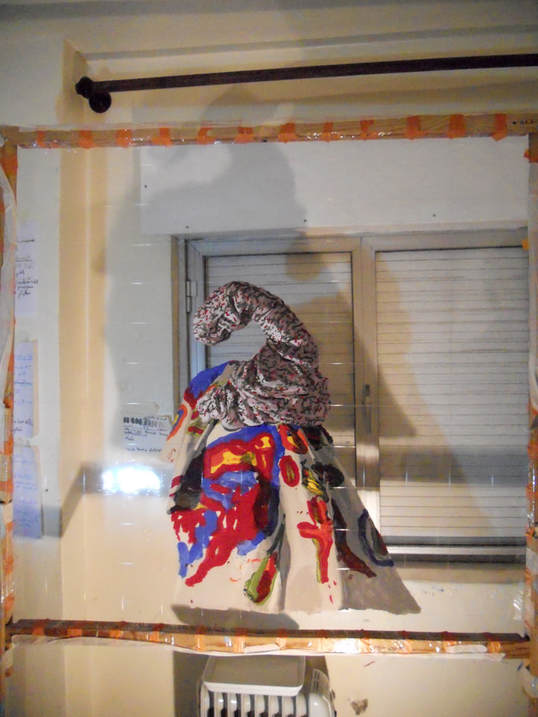 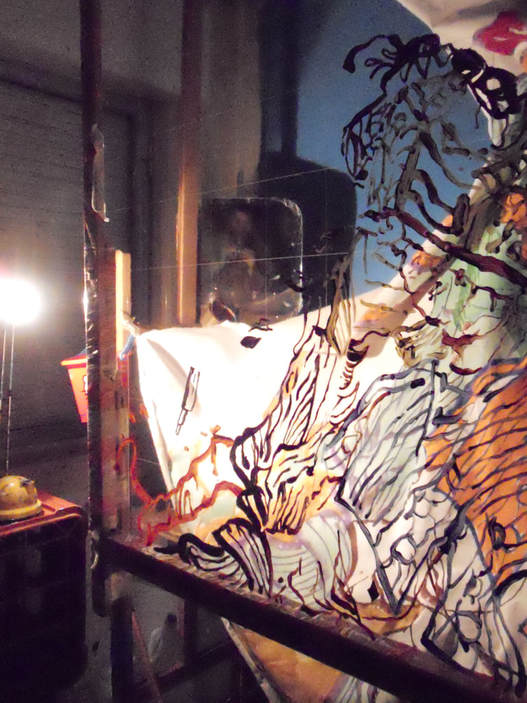 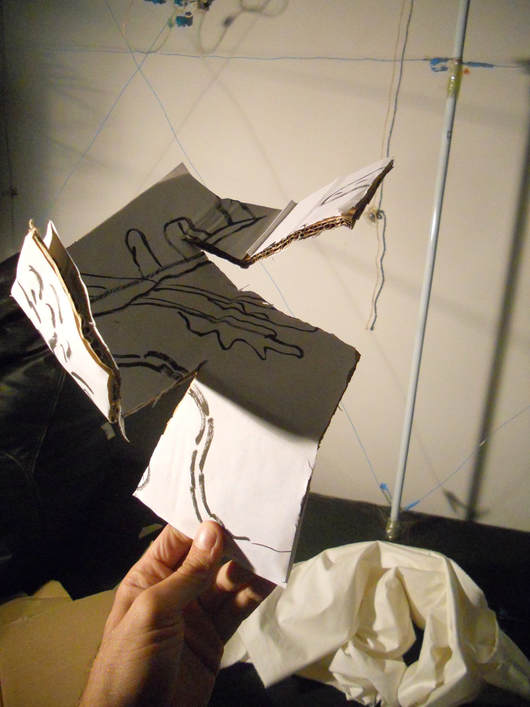 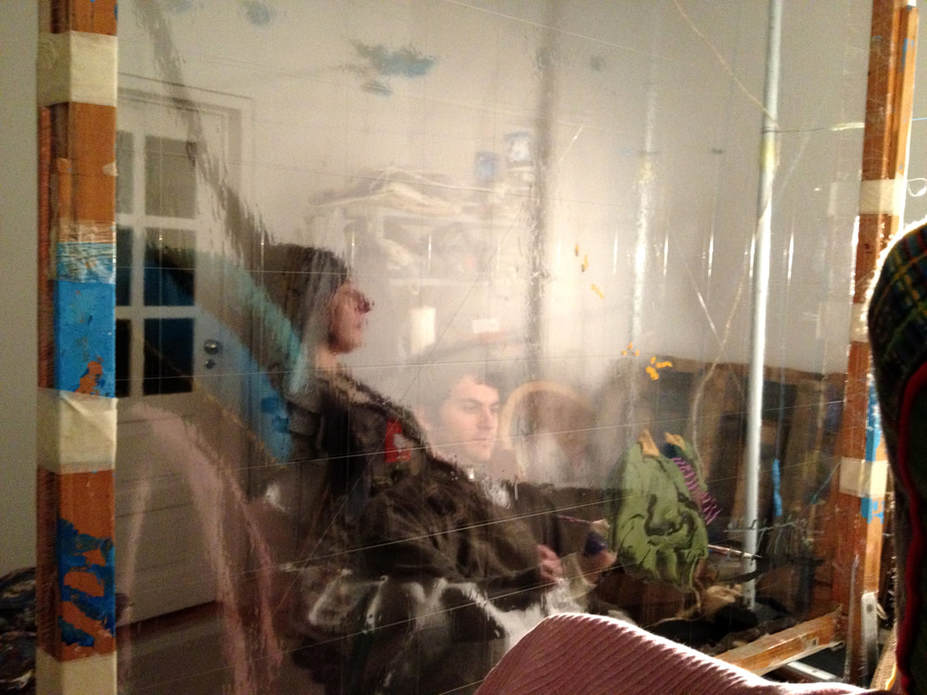 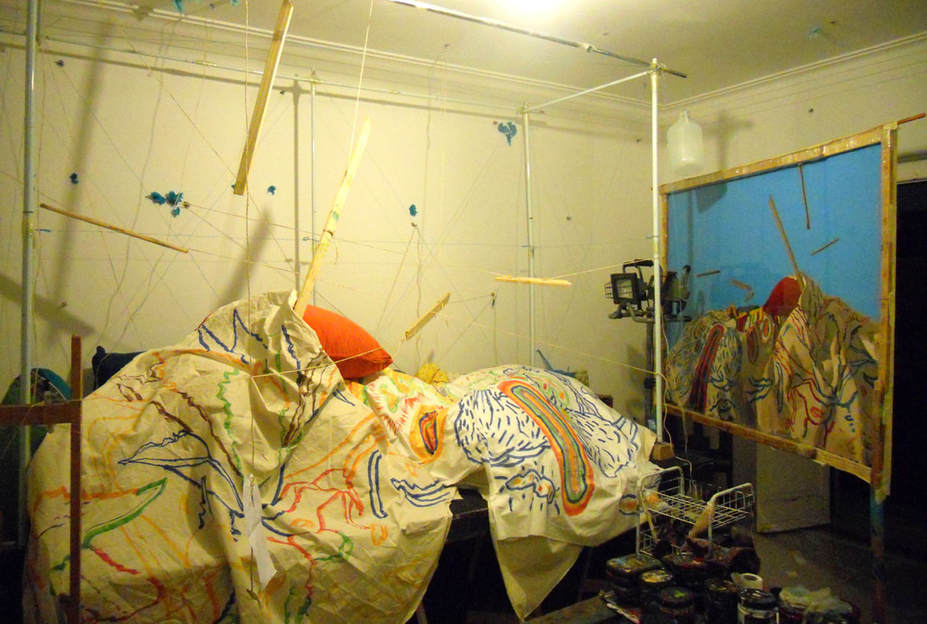 acrylic paint on glass
The unsupported acrylic paint images are made on glass. The glass is placed between the image maker and the object that is the model. Alike the Renaissance Perspectographer, the viewer must carefully choose it’s view point and hold absolutely still during the image making process, sometimes for many hours. If the model is human, she must also hold absolutely still for the whole procedure. After the image is made, a thick last layer of paint is applied on the glass. When this layer is dry, the painting is removed from the glass in one piece. This autonomous bed of dry paint is what is exhibited, held to the wall with Velcro, like a tapestry in a Museum. 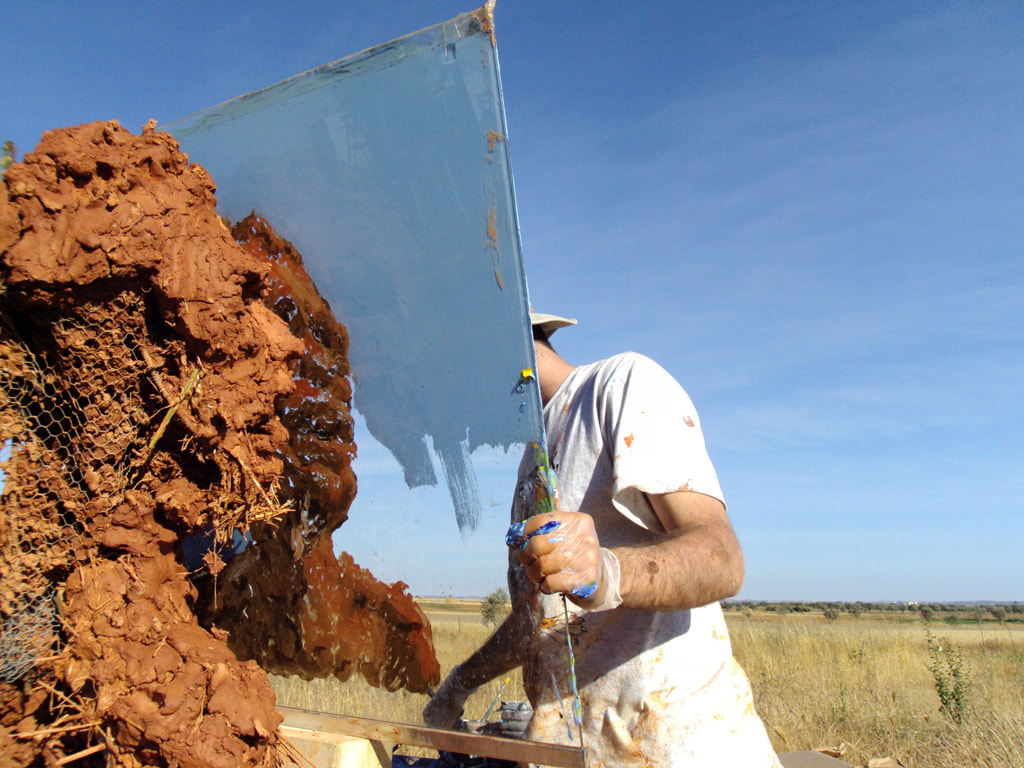 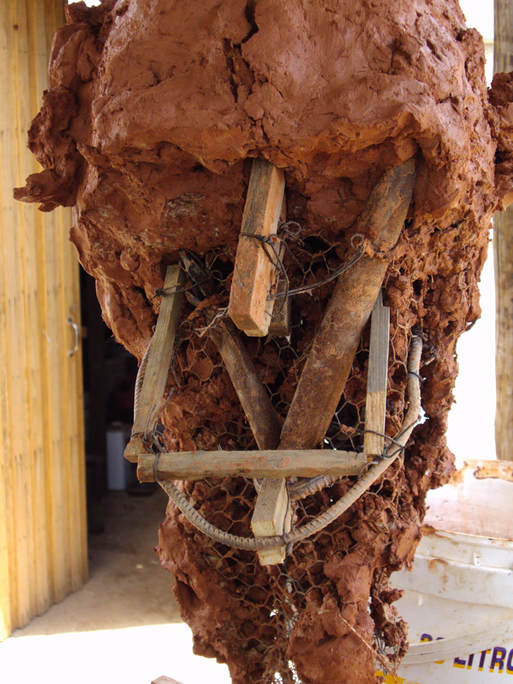 In the case of the sculpture-based images (2009), the models consist mostly of clay and are destroyed right after the image is finished. The images are made in the same place were the clay is taken from the soil: Monte Mimo, in Alvalade do Sado,  Alentejo. The clay was later used in an architectonic structure. 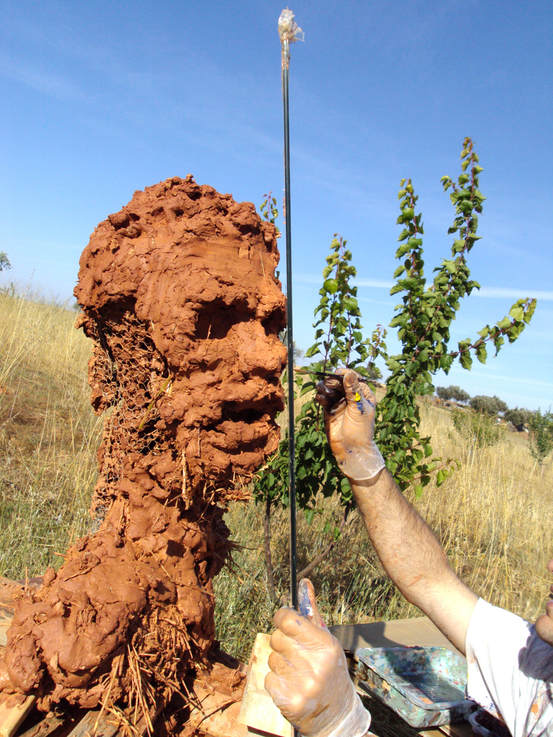 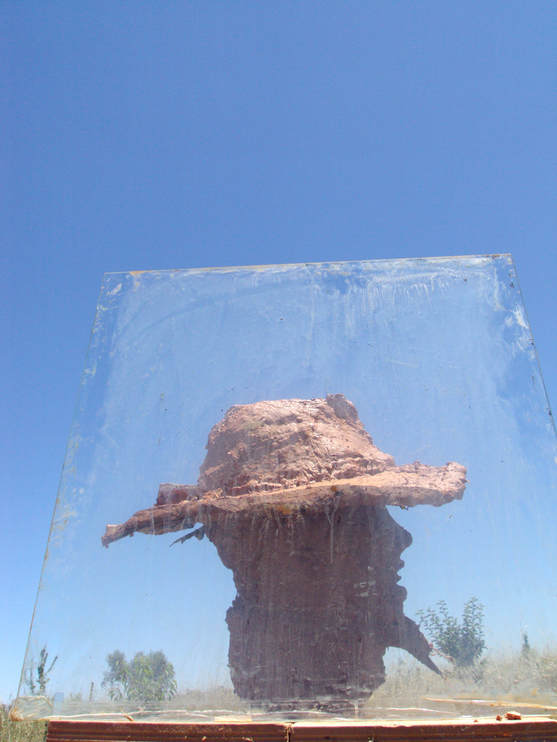 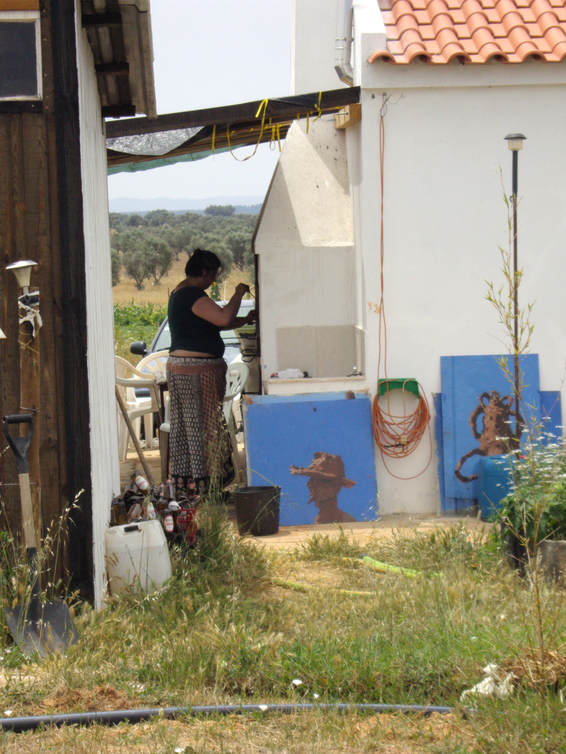 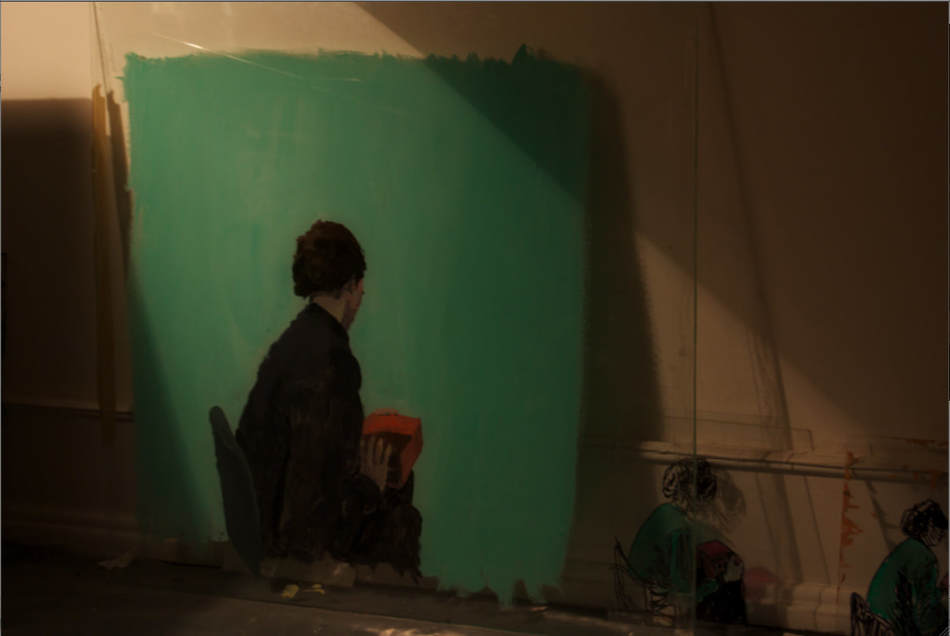 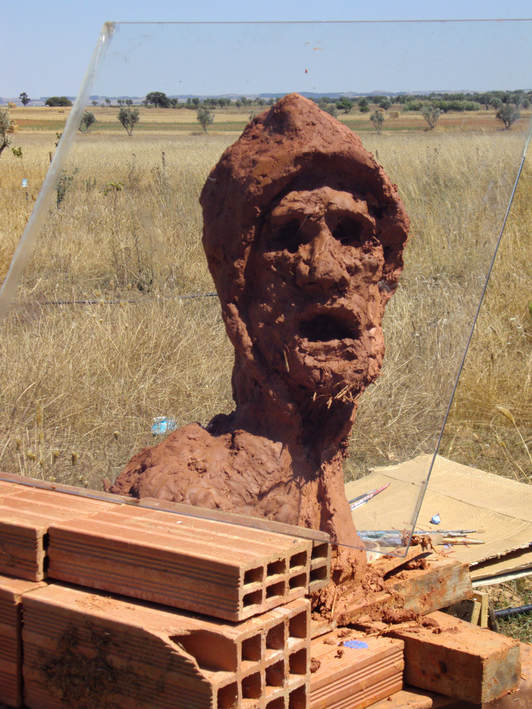